And then I caught a glimpse of the rehearsal. The students will be performing Elton John’s and Tim Rice’s award winning version of the musical, “Aida.”  After about fifteen minutes of watching Tamara’s set of teens on stage, I decided there was no way I’d be missing this one. A love story? People dying? Fantastic vocals and acting talent? Yes, I’ll be there.

Prior to the rehearsal, I had the privilege of meeting the five senior students playing lead roles. These five teens have a passion for theatre and music as well as the drive that will lead them to dreams fulfilled. What I think astounded me the most was watching the transformation from speaking to them in person to watching them perform on a mostly empty stage.

For instance, Justin Greco presents a very gentle and quiet manner. He expressed to me that the challenge he faced in this performance was that of being a villain. Having always portrayed a noble character, his first time pretending to be evil has been a bit of a hurdle. I chuckled to learn one of his past roles was that of the Cowardly Lion in the “Wizard of Oz.” A very soft-spoken person, I could just imagine him as the endearing character. And then he walked on stage – posture authoritative and voice loud and firm. He seemed to mature by many years as he presented the domineering character of Zoser.

I experienced similar surprise with the other four students – Kyle Brewer, Libby Carrico, Autumn McGiveron and Kaeola Holt – as all approached the stage with ease and familiarity. From the little I witnessed, the students had immersed themselves in their characters and were fully focused on the task at hand. But then again, each of them has been in theatre from the time they were a child. All of them have experience performing at the Bishop Center for Performing Arts at Grays Harbor College. Their dedication pushes them beyond high school acting and into greater challenges. Kaeola Holt recently exemplified this in her fantastic role as Cosette in the March performance of “Les Miserables” put on at the Bishop Center.

“My favorite thing to say to my actors is, ‘I challenge you to do this’ and they do it,” reflects Tamara. “And they exceed my expectations every time.” Despite the talent under her, Tamara faces her own challenges. Not every student in her cast has a sole passion for acting and music. Rather, some are committed athletes and others are just there for the experience.  “Anybody who has the courage to go on stage to do a musical and learn the dances, learn the songs, try acting and do the whole production aspect…anyone who’s brave enough to do that deserves the chance. I don’t want to take that away from anybody,” explains Tamara.

Tamara’s goal for the high school theatre is to make productions grow bigger and better every year. In her second year at AHS, so far, she’s meeting that goal. Last year, the production held a cast of seven students. This year, there are thirty.

Tamara’s enthusiasm about the cast, the set, and the music was catching. The passion her main actors have for drama and music was inspiring. They aren’t afraid to dream big and that confidence helps them deliver a winning performance. All five leads have visions of acting the rest of their lives. Whether that’s in television, on Broadway, or as Peter Pan at Disney World, each has a hope and some even have the next step laid out in the form of continuing education.

I am so excited to see “Aida” on opening night, May 1st at 7:00pm. I hope many others will join me in supporting some fantastic local talent and graduating seniors.

Tickets can be purchased at AHS prior to the showings or at the door itself.

Performances will be held in the Aberdeen High School Auditorium at the following dates and times: 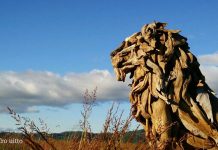 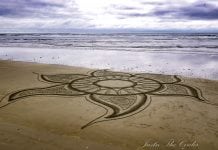 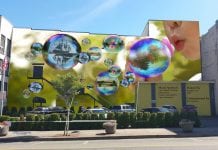 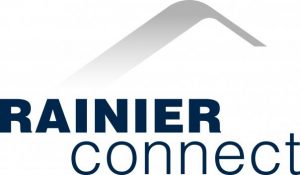