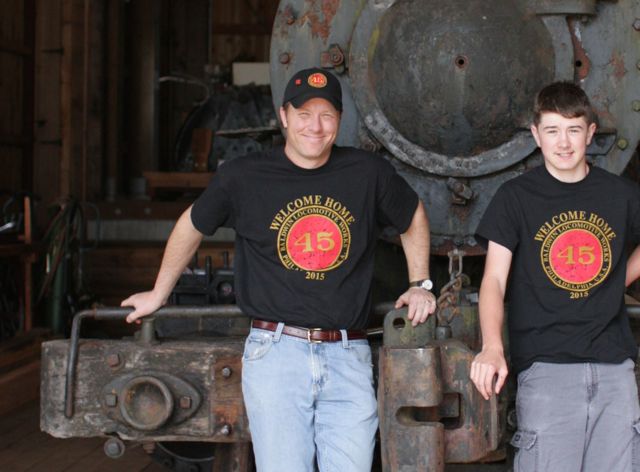 In a generation where parents struggle to distract their teens’ attention from video games and cell phones, it seems John Larson, Director of the Polson Museum, has discovered the solution: replace the phone with a power tool, shovel, or hammer.

Tobias Vincent was John’s first regular recruit. After showing up every Wednesday to help out around the Hoquiam museum, he began dragging friends along. Turns out the hands-on work at the Polson Museum is contagious. The group now hosts four regular volunteers – all of whom show up on Wednesday afternoons. “I liked it from the first day,” says Tobias. “I really enjoy all of the practical experience I get.”

Neil Hardee, Nick Barclay, and Anna Vincent complete the pack of four who John has nicknamed “the human bulldozers.”

“We do whatever John tells us to do,” chuckles Neil Hardee, who has been a volunteer since the beginning of this year. Oddly enough, some of the group’s favorite projects have been the most intensive. “Learning how to build a gravel road was the project that was the most fun,” says Tobias, referring to the giant ramp built to accommodate the Museum’s train engine. “I liked building the ramp and putting tracks together.”

“The kids learn things I think everyone should know how to do,” says John. “If you aren’t exposed to those skills at a young age, I think you miss out. The kids learn how to swing a hammer, shovel things, run the lawnmower, use a weed whacker, split logs, and operate other gas-powered machinery. We get lots of high school students volunteering to fulfill community service requirements, but none of them have stuck around like this group has.”

Unanimously, the highlight of volunteering for this group has been preparing for the arrival of the Polson Logging Company’s #45 Locomotive. They spent hours hauling dirt and rock to build a ramp for the locomotive, pulling up flooring, removing nails, building a train track, and even travelling to Oregon in order to help bring the locomotive home.

Nick Barclay, who completed a three month internship with Tobias at the museum, says, “My favorite project has been the train. Bringing it back to the museum was awesome. It was like bringing a piece of Grays Harbor back home. I’m excited to help restore the engine – it’ll be a long process, but so cool to see it start being restored.”

The day the train arrived, the group was at the museum before 8:00 a.m., ready to work alongside adult volunteers, doing whatever John commissioned them to do. “It was pretty amazing after months of prep work to see it arrive,” says John. As part of their internship, Nick and Tobias joined John in his trip down to Oregon to retrieve the locomotive. They both performed key elements in the prep work for the locomotive. Their internship added up to a total 60 hours over the course of ten weeks.

Nick, who is 17, is thinking of becoming a carpenter. Many things he’s learned from John are directly applicable to his trade as every week he works with his hands. “John has taught us a lot about history, building train tracks and lots about railroads,” says Nick.

The youngest member of the group, Anna, is Tobias’ little sister. At twelve years old, she displays remarkable competency while keeping up with her brother and friends. “It’s not bad being the only girl,” says Anna. “I really don’t care. They’ve all been my friends forever and I have a lot of fun.” Learning to chop wood has been Anna’s favorite experience and collectively, the group has affectionately named the hydraulic wood-splitter, “Adele.” “The best thing I learned from John, may seem odd but I thought was super interesting,” adds Anna.  “He taught me how to tell the height of a tree. He’s also taught me a lot about Hoquiam history, the museum and the story behind it.” When asked if she planned on sticking around for a while, Anna answered emphatically, “Oh yes.”

Perhaps the community is also another draw for this group of teens. “It’s been fun doing all these things with friends,” says Tobias. “My sister is a friend as are the others and it is fun to do things with people you know. I’d recommend anybody to volunteer for any reason. John is a great guy and I know no better boss out there.”

There is always a lot to accomplish at the Polson Museum. Between volunteers young and old, and the dedication of John Larson, the property stays in beautiful condition, with new history being collected and restored. The teens will now have a new lesson to learn: how to restore a rusty locomotive. 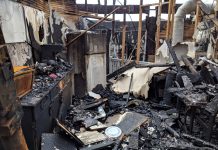 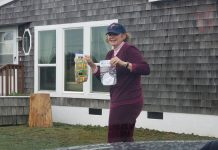 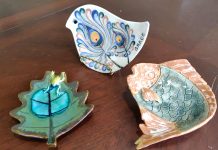