There was not an official listing of wrestler’s heights in the program, but Skyler Murray figures he had to be the shortest heavyweight there, and by a significant margin.

When the medals were handed out, however, Murray skied over most as he stood high on the awards podium.

Murray ended his high school wrestling career by finishing fourth in the 285-pound division at the Class 2A state championships at the Tacoma Dome on February 17, losing to Sedro Woolley’s Sven Lukner, 3-2, in a physical overtime match that determined third and fourth place.

At the conclusion of his final match, Murray slowly pushed himself off the mat, exhausted, dripping with sweat and gasping for air, but with a slight grin on his face.

“I’ve dealt with adversity my entire life in this sport. People think I’m too small. I’m too short. I just wanted to prove everyone wrong,” Murray said. “I think I did that today by placing fourth in the state. It’s a pretty high accomplishment since I’m one of the shortest guys here compared to some of these giants.”

Murray opened his tournament run by pinning Burlington Edison junior Cody Schutte (2:35) then advanced to the quarterfinals where he faced Othello’s Isaiah Perez.

Perez turned out to be one of the surprises of the tournament as the sophomore would eventually go on and upset Tumwater’s Cy Hicks, the defending champion who entered state undefeated, in the finals, 1-0.

Murray was one of three wrestlers Perez pinned on his way to his first state championship, knocking the Bobcat into the consolation bracket after scoring the pin fall at the 2:52 mark.

Sometimes at the state wrestling tournament losses can linger. Wrestlers can get so wrapped up in a defeat that it carries over into their next matches, making it even more difficult to advance.

Murray went the other direction, rallying after the setback to win three matches, including a pair of loser-out contests, to wrestle for third place.

Murray looked as if he had wrapped up third place in regulation, but Lukner was credited with a late escape to tie the match and send it into overtime, where he eventually prevailed.

“The main goal was to make it to the finals. Quarters match I didn’t execute very well, made a mistake and paid for it and got pinned,” Murray said, “but I was able to bounce back and make my way through the tourney and get to the third and fourth place match. Some people start off good (at state) and make it to the next day and lose and they can’t get out of that slump, but it’s all about having that mentality to bounce back. I’m satisfied with the way I wrestled in my last high school match.”

Montesano Had a Strong Showing in 1A

For a fifth consecutive year, Montesano had at least five wrestlers place among the top 8 in the Class 1A tournament.

The Bulldogs received a sixth place from senior Carson Klinger (152 pounds) and fourth place finishes from juniors Andy Fry (106) and Kai Olson (170). Teammates Ty Ekerson and Aaron Lano found themselves in the rare position of wrestling each other for a medal as Ekerson, a freshman, defeated Lano, a sophomore, 8-1, in a match for fifth and sixth place in the 113-pound weight division.

“They hadn’t wrestled each other all year,” Montesano Coach Jeff Klinger said. “They got a chance to wrestle for a medal and they both earned it. They both wrestled really well in this tournament. We told them to just go out and have fun. The team points stayed the same regardless of what happened. So just go out there, wrestle hard and have fun. A Bulldog is going to win either way so we’re happy.”

Montesano finished 10th overall in the team standings, marking the fourth straight year the squad has placed at the state tournament. 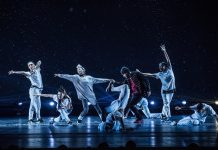 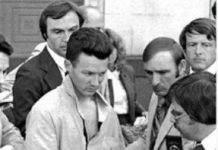