Home a - Web Site Placement A Tour of Grays Harbor Historic Homes: “The Richest in the State”
FacebookTweet

It’s no secret Grays Harbor has an extensive inventory of historic homes. A 1987 survey by the state referred to the county’s collection of homes as “the richest in the state”. The last 30 years there has been an effort to preserve these prizes and sift through the historical significance of each building. Explore Grays Harbor’s history and take a driving tour of a few of our historic homes. The following are just a sampling of what is out there.

William J. Donovan moved to Aberdeen from Michigan in 1893. He owned Donovan’s Mill and later Donovan-Corkery Logging Company. William built his home in 1906 and lived there until at least 1912 when his wife died.

Hulbert Home aka The Aberdeen Mansion

After the 1903 Aberdeen fire destroyed his home, lumber baron Edward Hulbert built this home for his family of seven children. A 1905 news clipping reported, “The entire building is a silent witness to the skill of Aberdeen mechanics throughout.” The stone for the home was quarried a short distance from the building and the wood and millwork were all made in the city.

Peter Schafer and his brother founded Schafer Brothers Logging Co. in 1893. By the 1920s, they employed over 3000 people. In 1924 Schafer Brothers donated 119 acres of forest land to the state, now known as Schafer State Park.

While you’re in Aberdeen check out:
Aberdeen Museum of History – Local history exhibits. Admission is free.
Aberdeen Timberland Library – Ask to see the Historic Homes file. It’s chock full of old clippings of more historical harbor homes.
A Harbor View Inn— The original home of Dr. Wilson B Pain and the only historic harbor home currently operating as a Bed and Breakfast.
Billy’s Bar & Grill – With a history all its own, this grill is in the historic Crowther building.

Built for lumber baron Neil Cooney, it’s also known as “Spruce Cottage” because it was finished in fine Sitka Spruce. Cooney, the manager of the Grays Harbor Commercial Company, never married. When he passed he left a great deal of property and money to invest in a new pulp mill and improvements at the hospital.

While you’re in Cosmopolis check out:
Maxiburger Teriyaki and Sushi – Their sushi is fantastic, be sure to try the Dragon Roll.

When they first moved to Aberdeen Robert and Joseph Lytle established a pioneer grocery house. Their business quickly became one of the most profitable commercial enterprises in the city. They soon got into the logging business, cedar shingles and railroads, finding success in each endeavor.

The two built their Hoquiam mansions side by side. It’s rumored Joseph began his house first. Next door, Robert followed suit but was determined to outdo his brother. He built his almost twice as big and finished it a year sooner.

William H. Abel moved to Montesano in 1892. Originally a newspaper editor and school teacher, he became one of the most distinguished Washington State defense and trial attorneys of his time. He had a great love for books and donated hundreds to the library in Montesano, which now bears his name.

Mr. William France Sr. founded the Montesano State Bank in 1889. The home was continuously occupied by the France family until 2003 when his son, William France Jr., passed away at the age of 93.

George and Letitia Hubble moved to Grays Harbor in 1886. At first he placed pilings for the docks and wharves of the harbor. He drove the piling for the first dock at Westport and built the old Chehalis River Boom below Montesano. He later made his fortune in shingle manufacturing and in real estate and general investments.

Best seen driving eastbound from Bottle Beach State Park, this mansion was built for Robert Boyles, a leading citizen when Ocosta was its own flourishing port city. When the tracks went to Aberdeen instead, Ocosta quickly floundered. The home was in a state of disrepair when Boyles sold it to the Grossman family in 1903. Grossman, a carpenter by trade, fixed up the home and the family remained in the home for many years. 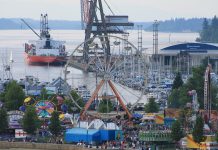 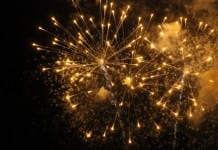 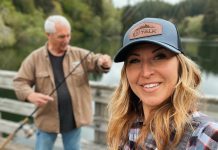 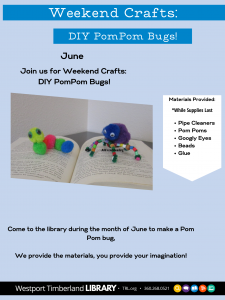