He was a sophomore, less than three months into his high school track career, and here he was competing against the state’s best in the long jump.

“I made it to state, but I was still learning and figuring things out. It was all still really new to me,” Johnson said about his state meet experience in 2018. “There were just a lot of people here. It’s a big stadium. I was just lost.”

Fast forward 12 months and it’s safe to say Johnson was considerably more comfortable in the surroundings during his return trip to state as he finished third in the long jump at the 2A state championships at Mount Tahoma High School in Tacoma on May 25.

“It feels good to come back here and do that,” said Johnson, who finished 13th at the event last year. “This year was a lot different. I felt I was more prepared coming into state. I really wanted to try and redeem myself this year.”

Johnson posted a personal-best mark of 21 feet, 8.25 inches. Pullman’s Dylan Hodge was first with a jump of 22-05.75. Burlington-Edison’s Taino Ferdinand was second at 21-09.50. Both top two finishers are seniors, making Johnson the top returning placer in 2020.

“I’m looking forward to my senior year,” Johnson said. “The plan is to continue to improve and come out next year and get better than third”

The Bobcats also received an eighth place from in the discus at the 2A girls meet from Patricia Bates.

Hoquiam’s Tyara Straka certainly made the most of her first trip to the state championship meet. The freshman won the shot-put title at the Class 1A girls state meet at Eastern Washington University with a throw of 41-10.00. She also placed fourth in the discus (123-02).

The Grizzlies also received a fifth place from junior Taylor Strom in the javelin (96-01).

Elma had three members of its girls squads place in the top 5 with junior Jillian Bieker notching a second in the 300 hurdles (45.31), junior Jalyn Sackrider placing fifth in the discus (119-04) and sophomore Sarah Bridge picking up a fifth in the shot put (38-01.75).

Eagles senior Cody Vollan was second in the 400 at the 1A boys state meet with a time of 49.59. Vollan also finished sixth in the 200 (22.72), while Elma teammate Ben Bridge finished fifth in the discus and fourth in the shot put.

Sowle won her fourth consecutive state crown in the high jump with a mark of 5-8. She also added her third straight titles in both the long jump (16-11.75) and triple jump (36-3.25) to give her a combined total of 11 state championships over her four years with the Owls.

The gifted senior came up within an eyelash of matching her four-state title performance from last year but had to settle for third in the 100. Sowle covered the distance in 13.26. Pateros sophomore Anna Williams won the event in 13.13, while Entiat’s Faith Southard was second in 13.22.

Sowle’s time in this year’s 100 was actually faster than her state championship-winning mark last year (13.35).

Sowle ended her run at Mary M. Knight as a 14-time state placer. In addition to the 11 state titles she captured and her third-place finish in this season’s 100, Sowle also finished second as a freshman and third as a sophomore in the 100.

North Beach’s Lorin Cox claimed the 2B girls state championship in the 100, covering the distance in 12.91. Cox also was third in the 200. The Hyaks received a fifth in the 800 from freshman Isabella Faris and a third and fifth on the boys side in the pole vault from juniors Isaiah Richards and Garrett Armbruster, respectively.

Ocosta’s lone top 5 finished came at the 2B girls meet when sophomore Devyn Martin placed fourth in the high jump (5-02.00). 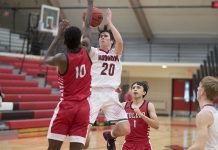 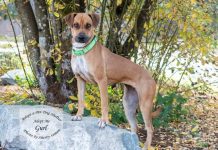 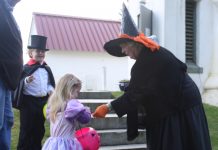 Trick-or-Treating in Aberdeen and Throughout Grays Harbor