For millennia, the region now known as Grays Harbor was a utopia. Full of towering timbers, incredible fish runs, beaches stuffed with clams, and wildlife and wilderness in all directions, it is little wonder that the region has been home to humans since they arrived on the continent. After centuries, when little changed, westward expansion crept into the rainforests of what is now Western Washington.

During this time, the first homesteads popped up, forever changing the landscape. In Grays Harbor, immigrants from around the world settled, laying down the framework for the towns and communities known today. While there are dozens, if not hundreds, of historical homestead sites around Grays Harbor, there are five of regional significance, each playing a part in defining the character of the towns and communities that make up the county.

In 1927, when the North Beach of Grays Harbor was largely overlooked and mostly wild, Dorthy Anderson made her way out to Ocean City to live. With her bare hands, she built a cabin, becoming an early resident of the region. Over the decades of rain and wind, the structure began to rot. After being moved twice by the caretaker of the cabin and the Museum of the North Beach, and fully restored by Seabrook Foundation and Moclips by the Sea Historical Society in 2013, the cabin is now in the community of Seabrook. Today, visitors to the community can see the cabin and even take a tour. Stepping back into time inside the cabin, you’ll see some of Dorothy’s personal items and several period artifacts that give a glimpse of early life settler life along the Washington Coast.

Near Ocosta and Bottle Beach State Park, the Grossman Home is a symbol of the wealth and the high expectations that early settlers on the coast had. Here, a home built by a real estate developer sits, a symbol of opulence meant to bring the masses to the coast. The home was meant to be one of many in a region rich in resources and access to the shipping lanes of the Pacific. However, the community of Ocosta struggled to become the metropolis the developers wished and the dilapidated home was sold in 1903 to the Grossman estate. Grossman was a carpenter and fixed up the Victorian era manor, which is still in great shape today. You can see the home at 16 Ocosta Myrtle Street, Aberdeen.

From hopes and dreams, we go to the dark corners of the region. We head east to the Wynoochee River Valley. One of the most famous stories of Grays Harbor is the tale of the John Turnow, the Wildman of the Wynoochee. Near Matlock, the homestead of the Bauers is found, a key part of the Wildman origin story. After being sent to a sanitarium and escaping, John Turnow fled to the woods. It was when he was living out in the wild that he is said to have accidentally shot his 19-year old nephews, William and John Bauer. The story is wild, like the man of the Wynoochee and worth reading about in this article focusing on his story. Today, the Bauer Homestead is still standing and can be seen by taking the John Turnow Tour. On the tour, you’ll also learn of the controversy surrounding John Turnow’s life.

A key site for understanding the growth of Grays Harbor is the Sam Benn homestead site on the mouth of the Wishkah River. The homestead site was originally owned by Reuben Redman, Sam Benn’s father-in-law, while the Benn’s settled farther east. In 1868, the families traded their properties, as Sam Benn saw the potential for a town along the mouth of the Wishkah. The settlement stayed pretty stagnant, aside from a few farms, until the railroad gave a boost of economic energy to region. Today, nothing really remains of the original homestead, but a quick glance around the mouth of the Wishkah will show you the birthplace of the town of Aberdeen, Washington.

Finally, we end in the Quinault Rainforest, where people have been living for thousands of years before westward expansion. The first immigrant to the region came in 1888, disturbing the consistent population of the Quinault peoples. In 1891, Anton Kestner took up a homestead in the area, along the north side of the lake. This homestead still stands today, as part of Olympic National Park. With trails around the woods of the Kestner Homestead and a ranger station nearby, visitors to the Quinault region can learn about early settler’s lives, as well as the small communities that once made up the rainforest wonderland. The homestead area has been rebuilt, giving a glimpse of life back in the early days of how we now live in the area. 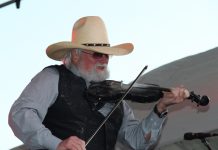