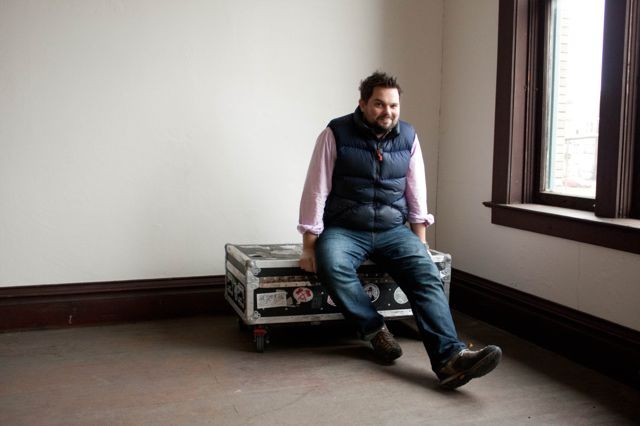 Upon my return to Grays Harbor a few years ago, I had heard of a fellow Aberdeen High School alum who was working out of the upstairs of the old Olympic Candy Company building, running an interior design studio he named Plank Island Studio. A piece of me was jealous. How did he get that space? Did he live up there? What was he working on? My nosiness and minor envy lead me to the only solution; we must become friends.

Now, Krister Lile and I are friends and, turns out, neighbors. We share the upstairs office space of the Olympic Candy Co. building, working on our creative projects, listening to techno music, and occasionally discussing topics like mysterious deep sea life, shipping container houses and building the perfect bar. Krister always has a lot of ideas and the enthusiasm to match. We recently sat down for coffee at Starbucks (where he is obviously a well known friendly face to the baristas) to discuss his work, philosophies and plans for the future.

Krister returned to Grays Harbor in 2007 after graduating from the Academy of Art University in San Francisco with a BFA in Interior Architecture and Design “and a minor in awesomeness,” he explained. While attending school, he managed to take part in a television show called Designer Finals on HGTV, which turned out to provide some useful lessons for a young designer. For the show, he redesigned a home for a family with two little girls on a tight timeline, typical of projects seen on television. Managing the stress of a director and camera crew while also overcoming his own young naivety in the interior design real world, he showed his true character and commitment to quality work. He relied on the help of friends, borrowing a car to run errands and getting advice on design for little girls (something he was quite unfamiliar with at that point). When the big reveal was looming near, he pushed back in order to finish the project well and in the way that the home owners would want. His first big project had been accomplished with many eyes watching.

“I’m always surprised by the projects I get here,” he told me with a genuine look of curiosity, referencing most recently, his work for professional WWE wrestler Daniel Bryan, yet another AHS graduate. Krister and Bryan grew up together in Central Park and their moms worked together, so it wasn’t a surprise when he was asked to help with the redesign project on Bryan’s childhood home. With some experience in the television world, Krister was ready and excited to take on this project. The rushed timeline and continually changing project scope is fun for him because it seems that he manages to accomplish more than seems possible. He has been making updates to the house in order for Bryan to potentially retire back in Grays Harbor in the future. From plumbing to paint, furniture to lighting, Krister has completely upgraded this older Central Park home and the project continues. Despite working for someone famous, Krister says that his design is “not fancy, just good.”

The theme of accepting big challenges seems to run through many of Krister’s most interesting projects. Other notable works include the YMCA of Grays Harbor lobby interiors and the redesign of an old church into the law offices of Ingram, Zelasko and Goodwin in Aberdeen. He enjoys helping express his clients’ needs and aesthetics in his design work and believes that a well designed space can be highly effective in improving morale and happiness.

I asked him if he has any particular design tricks that he often returns to when starting a new project, and he said… “trim. I am obsessed with trim.” He believes the trim in a room can completely change the style of any space and give “visual bones” to the space. Trim creates an optical illusion of strength and makes you feel safer and more protected, he explained.  “If the trim’s good, you’ve got a thing,” he assured me with a grin.

Currently, he continues to make cosmetic updates to the office space upstairs at the Olympic Candy Co. building and has hopes of more adventurous creative work in the future. His dreams include working on more collaborative projects, designing furniture, and more self guided efforts.  “Oh! And I want to put together a fashion boutique in Tokyo.” Krister never fails to dream big. 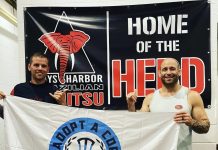 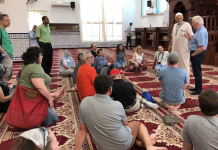 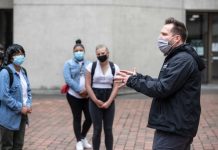