Those taking strolls along the beaches in Grays Harbor may have noticed entrancing designs on the sand. These eye-catching pieces are created by Justin the Circler of Turning Circles who has been what he calls “geo-scribing” for the last few years. Now as a part of his practice, he uses simple tools to teach others about geometry and other topics in a fun and engaging way.

“Drawing huge circular designs on the beach made me feel a surge of creativity and connectivity,” says Tara Castle, who met Justin after hearing about him on the local radio. “I really enjoyed the gentle movements my body went through and it was thrilling to make my own unique artwork with no prior training. It was so liberating because there aren’t any worries about making mistakes.”

Justin, who travels all along the Interstate 5 corridor for his work, has always been fascinated with topics such as philosophy, universal mysteries, pure mathematics and more, which is what eventually lead him to pursue sacred geometry and circling on either sand or concrete.

Eight years ago, while his daughter was drawing on the sidewalk with chalk, Justin picked up some chalk and began writing out mathematic equations.

“I would just naturally start doing my own equations,” Justin says. “So she’s doing her little stick figures and stuff and I’m doing all this algebra and when I got up on the deck and I looked down at all the math, to me it looked amazing. To anybody else, it’s just madness but that’s kind of why it looks so cool.”

Later during a trip to the beach, he began doing the same thing in the sand.

“There was something really cool about doing it on the earth,” Justin says. “That was like the ‘big click’ that the math on the earth was special somehow.”

He then picked up a pronged stick and used it to turn a circle in the sand when he was struck by a new idea.

“Why am I doing algebra when I could be doing geometry?” Justin says. “This is where it’s at; this is beautiful. The other stuff is ugly, people hate it, they run away from it. This stuff actually draws you in and it’s really pretty. From there, I just went berserk on it. Went in the garage, started making all these tools to do it.”

Branching out to Teach Others

Justin has pursued learning more every day in sacred geometry by reading, writing or sketching in notebooks. And in the last few months, he has begun to branch out more as a teacher, aiming to hold lessons at schools as supplemental education.

“The goal right now is to get into schools,” Justin says. “I’ve done a couple schools where I bring the kids out to the playground and I give geometry lessons. W,hen you’re moving your body and you’re learning something, you’re activating different parts of your brain, so it’s going to sit in different parts of your brain. You can slip in lessons when you’re doing that.”

His lessons can be taught at nearly any level and he enjoys “seeing the light bulb go off” in people as they connect new concepts. Anywhere from second graders on up, there is something for everyone to learn and experience in a new way.

“You give me second graders and I can teach them where they’re at, and I could give a course to college graduates,” Justin says. “There’s enough there, it’s geometry.”

Outside of teaching at schools, Justin offers all kinds of other services. Everything from selling his art on canvases, to private lessons, parties, consulting, community events and more. He is eager to show people what circling is all about and has had positive feedback from locals who have joined in on his workshops.

“The tools provided are easy to use and I learned a lot from Justin the Circler,” Tara says. “He is very passionate, knowledgeable and committed to sharing this ancient form of geometry and personal expression.”

There’s also something special about Grays Harbor’s beaches, too. They are the ideal place to practice geo-scribing.

“I’ve been to a lot of beaches around the world and these are the best beaches for what I call geo-scribing,” Justin says. “The beaches are massive and that’s a rare thing.”

“I’m out there doing what I’m supposed to be doing,” Justin says. “If there was a reason for me, it’s along this line. I can feel it, I know it. I’m very privileged in that I have found this thing that I was kind of meant for.” 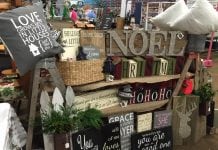