Few who reside in Grays Harbor County would argue that the region is beautiful, the communities within pleasant and that people are friendly. However, there are some disadvantages to living in towns “off the beaten path,” or, in our case, remote from the I-5 corridor. One might be a dearth of outlets that provide access to media, whether print or electronic. If you are looking to hold a book in your hands, buy a blu-ray, read a comic, or play a game, check out Tectonic Comics in Aberdeen.

Michelle Simon Conrad explained that she purchased Tectonic Comics in 2015. The previous owners were a couple who had run the business in Montesano. Originally called Barbour’s Books, the store was known for selling comics and vintage collectibles, prior to Michelle purchasing it.

Michelle added gaming-related activities and products such as Magic, Pokemon, Yu-Gi-Oh!, and Dungeons & Dragons. “Pokemon is definitely a thing for kids, and, actually, people who grew up with Pokemon still play it,” Michelle shares, “so you have some young adults and college-age people who come looking for those items too.”

By providing a friendly gaming space, Tectonic Comics does the community a true service by offering young people a place to meet, make friends, and use and develop their intellects and imaginations. “The intention was to make sure there’s a place for kids to go that was safe,” Michelle adds. “There isn’t a lot or places for kids to hang out.”

The shop also provides a diversion from social media and other web-based delivery platforms that currently define a large portion of our day-to-day existence. There are few such venues available locally.

When it comes to participation, anyone not requiring parental supervision is welcome to join. Michelle is always happy to teach a game to a new player.

One of Tectonic Comics’ best-selling items is a Learn-to-play-Pokemon kit. “It allows a parent, guardian or other older person to sit with their children and learn how to play Pokemon together,” she explains. “All of my children have learned to read through Pokemon, because they are so excited about the creatures, the characters, and you need to learn to read to play Pokemon.”

Though gaming is the most popular facet of Tectonic Comics, the significance of its namesake, comic books, cannot be minimized. Michelle explained that the current scene is rife with creativity. There has been a recent migration of creators between the two “big names” in the field, DC and Marvel. This has resulted in a sort of cross-pollination.  Michelle will offer parents guidance through the labyrinth of genres and titles.

The comics industry experienced a resurgence in the late 1980s to early 1990s.  Michelle explained that much of this, at the time, was predicated on the belief, by older comics collectors, that their childhood collections were now extremely valuable. This was so, at times, but it ushered in a new era of limited collectors’ editions, special editions, multiple covers, etc., designed to appeal to the investor’s mindset.

After a time, the buying public tired of contrived marketing schemes. This, in turn, contributed to a downturn in the comics market. Michelle feels that those enthusiasts who purchased titles based on their appreciation of a story line or the artwork fared far better, both emotionally and financially, than speculators.

Not a gamer or comic book reader? No fear, Tectonic Comics still has much to offer. There is a large book section, heavy on the science fiction and fantasy genres, but including others as well.  Michelle told me that westerns, in particular, have proven popular recently. This is a very valuable asset to Aberdeen, as only one other bookstore currently exists within the city.

There is a used CD section, in which I was able to locate a few choice titles at very reasonable prices.  Movies are also available, mostly in DVD and blu-ray format, although there is a limited inventory of VHS and other media as well.

Tectonic Comics is located in the Shoppes at Riverside, located at 1017 S. Boone Street in Aberdeen. Call 360-637-9285 or visit the Tectonic Comics website for more information. 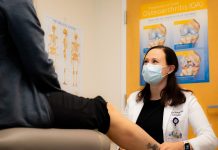 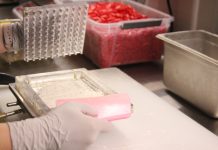 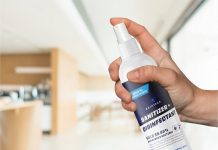 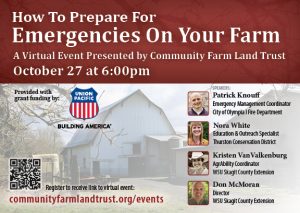