While initial crews were responding, the Grays Harbor 911 center received additional calls from the facility and neighbors reporting smoke in the kitchen area and smoke from the roof.  The first MFD fire engine arrived on scene at 5:36 pm and observed heavy smoke and flames from the roof at the north end of the building.  Facility staff had immediately began evacuating patients at the first sign of smoke.  All 77 patients were safely removed from the facility into the parking lot.  There were approximately 29 staff on duty and several neighbors assisted in evacuating patients as well.

Montesano Fire Department crews began an aggressive attack of the fire and requested additional resources.  Approximately 50 firefighters responded from agencies throughout Grays Harbor and the region. It took just under 3 hours to bring the fire under control.

The Washington State Fire Marshall’s office authorized a State Mobilization which allowed incident commanders to request additional resources from regional fire departments.  Ambulance strike teams from Pierce, Thurston, and Pacific counties were dispatched to assist with patient care and transport.  The Montesano School District and Grays Harbor Transit supplied busses capable of transporting patients in wheelchairs.  Most of the patients were transported to Montesano Junior High.  Two patients needing a higher level of care were transported to regional hospitals.  At this time there are no reported injuries from the fire.

Family members of all of the patients have been notified.  The regional Disaster Medical Coordination Center was activated and is currently working on placing patients into other facilities.

The cause of the fire is under investigation. 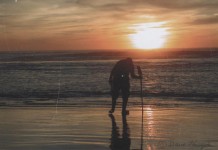 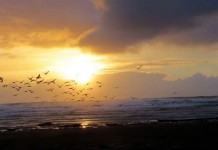