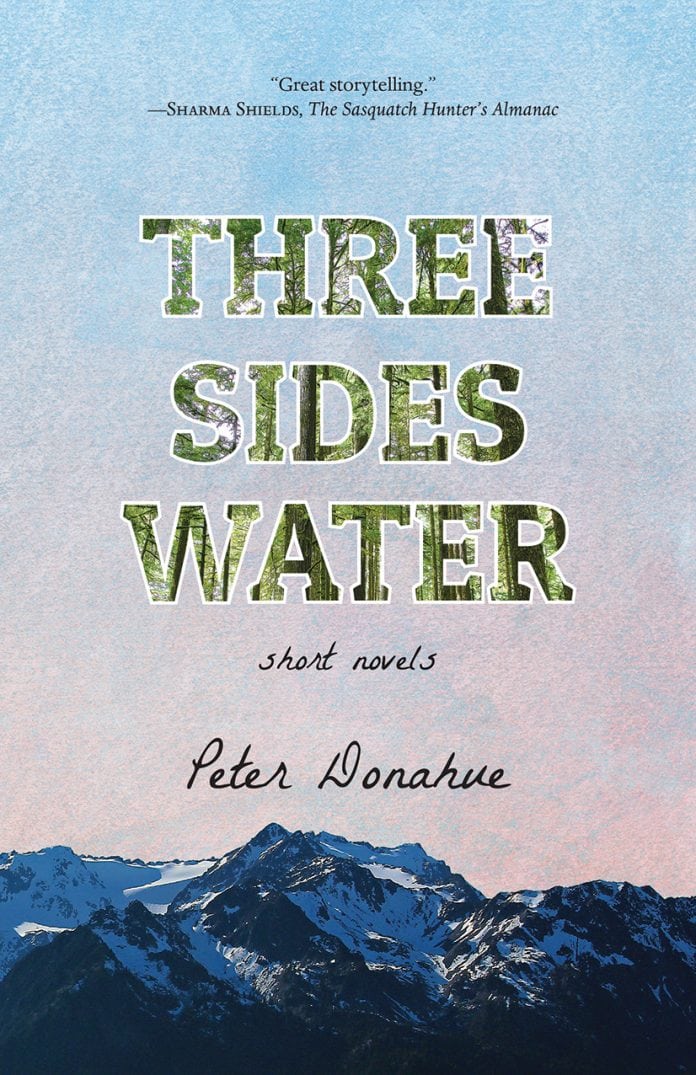 THE BOOK
Across the dramatic landscape of the Pacific Northwest’s Olympic Peninsula, Donahue’s characters take extraordinary actions to transcend the limitations imposed upon them. Marguerite struggles with the emotional aftermath of sexual assault amidst the mysticism and untamed wilderness of the Pacific coast in the 1920s. Avery navigates life as a “juvenile delinquent” while the social and political convulsions of the 1960s transform the world around him. Chris escapes the present-day mill town where he grew up, only to find he must reconcile his true self with the troubling persona he’s taken on.

THE AUTHOR
Peter Donahue is the author of the novels Clara and Merritt and Madison House, winner of the 2005 Langum Prize for American Historical Fiction, and the short story collection The Cornelius Arms. He is co-editor of the 2016 edition of the memoir Seven Years on the Pacific Slope and the anthologies Reading Seattle and Reading Portland. His Retrospective Review column on Northwest literature has appeared in Columbia: The Magazine of Northwest History since 2005. He teaches at Wenatchee Valley College at Omak and lives in Winthrop, Washington.

In addition to reading passages from each of the short novels in Three Sides Water, Peter will be spending some time discussing Olympic Peninsula literature and fielding questions from the audience.

Sometimes you just need a pick me up. Whether your morning is just getting started or you had a rough day, local drive-through coffee...