Our 70-acre family tree farm is located just outside the city of McCleary, along the East Fork of the Wildcat Creek. For the past hundred years, several owners and their management decisions have made their mark on the landscape, and now, as the most recent stewards of the land, we are too.

Around the turn of the century, the area was logged; a number of the old-growth stumps bear evidence of this because they have the springboard notches that the fallers used when cutting the tree. This logging released the younger western redcedar in the understory and Douglas-fir also seeded in. In 1954, my grandfather Thomas Watts, Jr. purchased 280 acres from Robert Rudler, and in the mid-1960s, he logged some of the Douglas-fir to pay off the mortgage. At that time, the western redcedar were not considered valuable so this species was not cut. In 1992, the mature Douglas-fir dominated acreage was logged, and the following spring, replanted with Douglas-fir. These management decisions have resulted in distinct stands of mature western redcedar (20 acres), red alder (5 acres), and Douglas-fir (30 acres) on the landscape.

My grandfather divided the land amongst his six children in 1992, and my parents assumed ownership of 70 acres. They continued my grandfather’s informal, hands-off management style that the trees could take care of themselves. This changed around 2007 following a visit by Mike Nystrom, now a retired stewardship forester with the Washington State Department of Natural Resources. During the tour, Nystrom educated us on what was happening in our forest:  The Douglas-fir were a lost cause in the red alder stand because they were being outcompeted (Best to keep it as red alder, he advised) and the Douglas-fir would need thinned in a few years. He also didn’t just stick to the trails as we walked; he veered off the trails to fully explore the stand. I came away from the visit realizing that just because you can grow up with trees as your backyard doesn’t necessarily mean you understand what’s happening within the forest.

At that point, we gradually adopted a hands-on management style. Drawing upon my volunteer work with Earthcorps that involved removing invasive species from Seattle parks, I began ripping out the invasive Himalayan and evergreen blackberry from the hillside and replacing them with native plants, and pulling out the English holly that I was finding in the forest. (Prior to my volunteering, I had no idea the ubiquitous blackberry was an invasive species, and I hadn’t even known English holly was in our forest until I started looking for it.) I also switched my major from restoration ecology to silviculture, which further exposed me to the art and science to growing trees. During a silviculture class, I learned that pruning up the first log of a Douglas-fir can increase its value, and dad started pruning the replanted Douglas-fir. A walk through our forest easily reveals which stands he’s gotten to and which we still need to work on.

It was also during this time that we learned about Northwest Natural Resources Group and became a member. I wrote the first forest management plan for the tree farm, and we became FSC certified. Fast forward to 2017 and our management activities have picked up. We started the much-needed precommercial thin on the Douglas-fir, and I overhauled our forest management plan so it would fulfill the requirements of the American Tree Farm System and the nationwide Forest Stewardship program.

One noticeable change in our long-term management strategy is addressing how to manage our forest in a changing climate. In our case, this means planting more western redcedar, bigleaf maple, and pine within the Douglas-fir stand to increase species diversity. It also means reaching out to researchers about how they might expect certain species to respond to a changing climate. Since our stand of mature western redcedar stand is not common in this part of Grays Harbor County, we want to maintain this stand on the landscape. Fortunately, western redcedar is not anticipated to be adversely affected by climate change so I do not need to implement any management activities. Since we can expect possibly wetter winters, we will move some roads so we can continue to access as much of the forest as possible year-round, and when building new roads, we are accounting for the wet areas. We are also adjusting our thinning schedule to focus on areas that we can access during the winter, and focus on the other stands later in the year when they are accessible.

Our updated management plan also now calls for more attention to maintain and enhance the wildlife habitat that our forestland provides. Because early successional forest habitat will be lacking within the overall landscape, we will actively create this habitat in portions of our property. We intend to restore our section of Wildcat Creek by planting more conifers along the stream bank to replace the red alder overstory that will eventually die out and shading out the reed canary grass. Adding bat boxes and erecting raptor poles is also on our schedule of management activities.

Managing forestland is a continual process that includes not only the on-the-ground activities but also staying abreast of the latest science. Although I have an academic background in silviculture and forest management, classroom coursework doesn’t compare to the decades of experience that stewardship or consulting foresters can provide in helping you manage your family forest. These are the nonprofit organizations and government agencies that have provided technical assistance in managing my family’s forestland.

Although managing a tree farm is sometimes daunting because my management to-do list keeps growing rather than shrinking, it’s exciting to see how the forest is responding to management activities and that my family is continuing the legacy of maintaining a healthy, resilient forest.

To read more stories about “Watershed Heroes” stewarding land and water resources in the Chehalis River Basin, visit the website and scroll to salmon hero stories.

A member of the Society of American Foresters, Andrea Watts is the associate editor of The Forestry Source and is a freelance writer who specializes in covering natural-resources topics. She also serves on the Washington State Tree Farm Program executive committee. 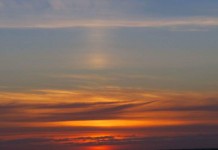 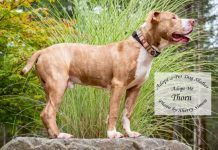 Adopt-A-Pet Dog of the Week: Thorn 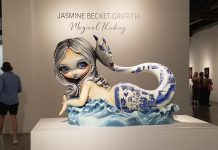