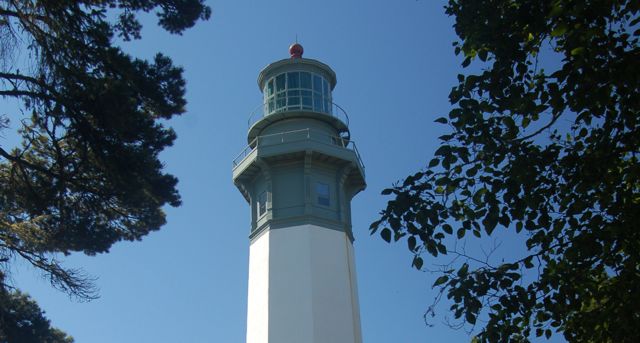 All are invited to gather at the Grays Harbor Lighthouse at 9:30 p.m. Tuesday, June 30, when the Westport-South Beach Historical Society will host a ceremonial lighting of the historic Fresnel Lens.

The Fresnel lens, hand-crafted in France, was the chief aid to navigation off the coast of Grays Harbor from 1898 to 1992 when it was doused by a modern, automated light installed by the U.S. Coast Guard. The lens is still installed atop the lighthouse.

The short ceremony will commemorate the lighting of the Grays Harbor Lighthouse on June 30, 1898, and is intended to be a casual, “low key” chance for folks on the beach to rekindle their own memories of the landmark, according to John Shaw, executive director of the Westport-South Beach Historical Society.

South Beach resident and businesswoman Laura Rust, who was president of the Historical Society when it secured ownership of the lens in 2004, will preside when the light is turned on.

The lighthouse will remain lit until midnight with free admission to those who wish to climb to the top to see the lens.

A second lighting is planned for the Fourth of July weekend.

The idea originated at a work party of the Historical Society’s Lighthouse Restoration Committee. Jeff Pence of Westport mused, “I bet there would be no way to do this in time for this year, but wouldn’t it be great to light up the original lens for the anniversary?”

The other members of the restoration committee – Chairman Peter Eberle, Jeff Andrews, Paul and Evelyn Robinson, Angela Fuller and Shaw – thought it was a great idea. They took it to the Historical Society’s board of directors, which authorized application to the Coast Guard.

The Westport Coast Guard Station endorsed the Historical Society’s application for a ceremonial event and forwarded it to the commander of the 13th Coast Guard District at Seattle. The “Notice to Mariners” about the June 30 and July 4 ceremonial lightings was issued on June 17.

With a forecast for dry conditions and temperatures in the 80s and 90s, the conditions for the lighting are expected to be ideal.

“We’ve experimented a little bit in preparation and we think people will be amazed at the strength of the beacon that is reflected from this historic lens,” Shaw said.