How do you measure success for this kind of a festival? In a number of ways. How big was the crowd? Three Hotels who have never booked full for this weekend in the past put out their “No Vacancy” signs. Our Friday crowd was bigger than usual when measured by the number of sales our vendors made. We talked to the Big Purple Slide owner and he had a huge smile. Saturday, the rain shrunk the outdoor crowd. However, the fellow selling RV’s wrote up several deals that day, because the people that did come came inside. And the VFW post declared the Memorial Service a success because of the number of people attending the celebration of our veterans.

Sunday we had so many hot rods for the car show, they filled the parking lot and the overflow parking. The food vendors had long lines with one of our regular food vendors running out of food because of the crowds. The Shark Ride was very popular all weekend and included a contest that came down to three top riders vying for the prize most all Sunday long.

This year’s ice carving show had two Sunday carving events with hundreds of folks “oooing and ahhhhing” while taking pictures, as the little kids played with the discarded ice chunks. The late afternoon event attracted double the number of people watching. A notable picture opportunity found local Arnold Samuels, a professed mermaid chaser, declared the Bikers at the Beach Biker Babe his favorite Mermaid. (See www.bikersatthebeach.com ) The Chainsaw carvers declared success because of the great wood available to carve and they sold so many of those carvings.

One of our vendors set a very high goal that would define success for him. He sold enough of his high-end product he agreed to be a sponsor for the event next year if we would guarantee him a spot in the show. The shows major sponsors, Levee Lumber, South Hill Satellite, and Better Homes and Gardens Real Estate all agreed to sponsor next year as well.

Finally, the whole success thing was demonstrated by a six-year-old on the Shark Ride with the biggest smile on her face imaginable, because she didn’t fall off, and her older sister did! She declared she was going to do even better next year. (The Shark is really nice to young sisters and brothers!)

Look for the updates at http://www.graysharborexpo.com/ where the pictures of everything will be posted over the next few weeks. And for next year’s event, download the free smartphone application “Ocean Shores – Something Fun!” and look for the 10th Annual Grays Harbor Expo coming to you next Memorial Day weekend (May 26 to 28, 2017). 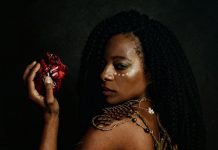 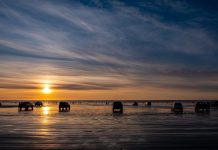