There’s a reason Stormans, Inc. is known as Olympia’s hometown grocer – and is the recipient of the Washington Food Industry Association’s (WFIA) 2020-21 Community Service Award.

For more than 70 years, the Stormans family has provided fresh, local food and products to shoppers in the South Sound. They’ve also continuously invested in the communities they serve, working with local and non-profit groups like the Thurston Chamber of Commerce, Providence St. Peter’ Hospital Foundation, the Olympia School District Education Foundation and others.

“Stormans is known for carrying and featuring local products, providing outstanding service, and supporting the community, which are three hallmarks of any successful business. Kevin, Greg and Charelle have maintained their grandfather’s commitment to their customers and the surrounding community, and founder Ralph Stormans would be proud of his legacy,” said Tammie Hetrick, WFIA president and CEO.

The Washington Food Industry Association’s Community Service Award honors individuals in the grocery industry who exemplify the highest standards of service in both business and community to positively influence and enhance the lives of others.

“The Stormans family has taken extraordinary steps to care for its employees, customers and the community during COVID-19,” added Hetrick. “We are proud to honor Kevin, Greg and Charelle, along with their entire team, for their ongoing local support. Their work is at the heart of what it means to be an independent, local grocer, and their generosity has truly made a difference in the South Sound community. Today, we celebrate four generations of hometown good efforts with this award.” 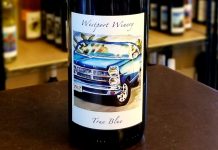 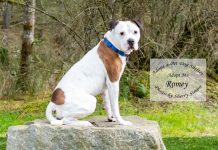 Adopt-A-Pet Dog of the Week: Romey