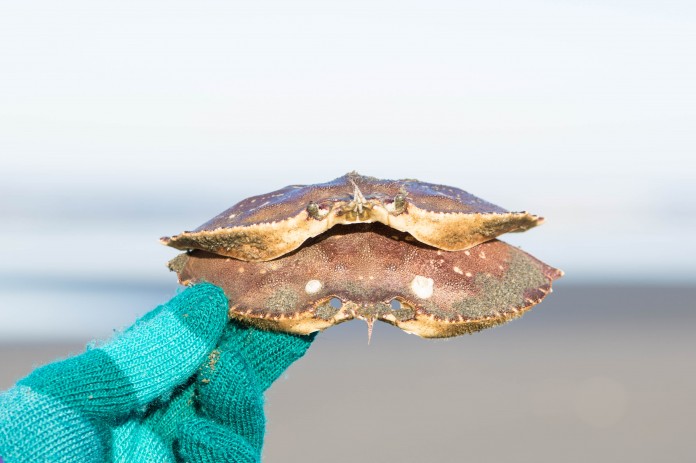 “Count on it! Quinault crabs are safe to eat and they are delicious!” said Fawn Sharp, President of the Quinault Indian Nation.

The Tribe opened its crab fishery last week in Grays Harbor and the adjacent ocean area, one of the few areas spared by a giant toxic algal bloom that formed off the coast in May. It has been the largest such bloom in recorded history in both severity and magnitude.

“We have been very fortunate to be spared from the impacts of this bloom and the domoic-acid it produces,”said Sharp. “Many of our fishermen depend on crab as well as other fish for sustenance and income. But our priorities are to protect these resources, so our people are safe, others who consume our fish and shellfish are safe and we are doing everything possible to provide for the needs of future generations,” she said.

The Quinault crabs are being tested regularly to be certain they are safe for consumption by the Tribe and others. Samples are also being tested weekly by the State Department of Health, as requested by tribes and agreed to in a consent decree, part of the Rafeedie Decision of 1994, a U.S. v. Washington federal court decision.

Quinault Indian Nation Fisheries Policy Spokesperson, Ed Johnstone, said the Tribe’s decision to open the crab fishery was made after it reached agreement with its co-manager, the State Deparment of Fish and Wildlife that conservation thresholds could be met. “The Quinault Nation has always managed all of its natural resources based on conservation, on perpetuation of the resources and after considering all commitments to health and safety,” he said. “We always go the extra mile to assure that our fish are safe to eat. The QIN is a party to a fish health decree signed by the state and the Tribe and it commits us to sound and safe health controls associated with the consumption of our seafood, shellfish specifically. We test according to the protocols adopted as standard practice, but since there is a great public concern the seafood processing and sales corporate arm of the Quinault Indian Nation has committed to doing weekly tests of our shellfish to insure prompt and swift consideration any actions necessary.”

“This algal bloom is a very big deal and we are paying very close attention to it,” said Joe Schumacker, Quinault Marine Resource Scientist.

Scientists suspect that this year’s unseasonably high temperatures have played a major role in the outbreak of this bloom, along with something they call “the blob” — a vast pool of unusually warm water that blossomed in the northeastern Pacific late last year. The blob has morphed since then, but offshore waters are still about two degrees warmer than normal, said University of Washington climate scientist Nick Bond, who coined the blob nickname.

“But the inspection process being implemented with the Quinault crab fishery is very thorough, and because waters in the Quinault usual and accustomed fishing areas have been spared, people will have crab they can safely eat,” said Schumacker.

“That is our commitment,” said President Sharp. “If the product is from Quinault, you can count on it being safe to eat.” 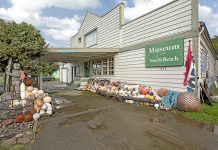 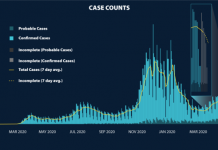 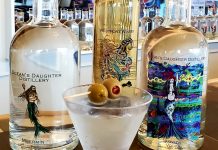