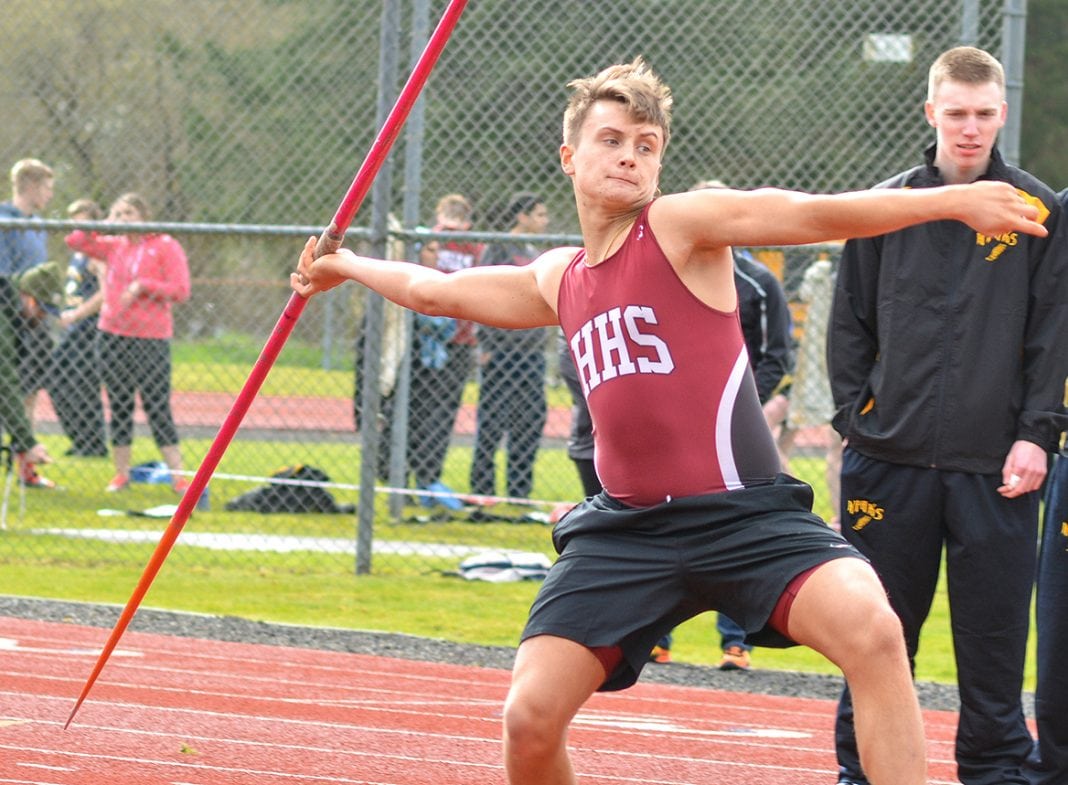 Ryan Espedal doesn’t recall the exact distance. All he remembers is it was somewhere north of 90 feet and he was disappointed.

The javelin is a unique event – much of it is technique and you simply can’t muscle your way through it. But it also requires plenty of athleticism.

If you have one without the other, your throws will suffer.

And that’s exactly what happened to Espedal during his first attempt throwing the javelin two years ago.

“Right after they announced my throw,” Espedal said, “I started wondering if this was something I wanted to continue to do.”

Two years, a ton of hard work and nearly 80 additional feet later, Espedal, a senior at Hoquiam High School, enters the new season as the defending Evergreen League and district champion and one of the top javelin throwers in the 1A classification.

It’s a surprising list of accomplishments considering what motivated Espedal initially towards turning out for track and field.

“Ryan’s someone who first turned out for track because he just wanted to be around his buddies. They were all on the team and just wanted to hang out with them,” Hoquiam coach Tim Pelan said. “He wasn’t sure what he wanted to do, but once he figured that out, he just dedicated himself to it.”

The end result last year was a sixth-place finish at the state meet in the javelin with a throw of 157 feet, 9 inches, which came during less-than-desirable weather.

His personal record occurred during the 2016 Evergreen League Championships when he put up a distance of 174-1.

Espedal had never even entertained the idea of trying track before. Football and basketball had always been his sports of choice. When he finally decided to try it, the first question was, what events should he try?

While quick on the basketball court and football field, he didn’t possess track sprinter speed, so that was immediately thrown out. The thought of being a long-distance runner was discarded as well, forcing Espedal to turn his attention to the field side of things.

He first selected on the pole vault – a difficult event to pick up in its own right – before discovering the javelin. While his sub-100 feet throw on his maiden attempt left him debating whether or not to quit, he pushed through, simply surviving through his sophomore struggles while focusing more on his improvement than his setbacks.

“He just kept working at it,” said Pelan, who coached Cole Smith to a state title and Evan Erickson to a second place finish in the event at the 1A state meet in 2013. “It’s not an easy event to pick up, but every day at practice Ryan put in the work to improve and right after spring break last year the switch just flipped for him.”

Soon Espedal was putting up numbers in the high 140s at league meets. “Everything just started to make sense,” Espedal said.

So much so that Espedal, who a little over a year before was thinking about hanging up the javelin for good, was suddenly the one to beat in the Evergreen League.

Then came the league championship and with it, Espedal’s monstrous throw of 174-1, which bested the meet’s second-highest mark by 36 feet.

“He uncorked one,” Pelan smiles, “and the thing is, it wasn’t a one-time deal. He was constantly putting up 160 feet with his throws.”

A 1A District IV championship followed for Espedal the next week before he headed off to state.

“Ryan is completely a team-first guy. Everything he does is to help out the team, whether in football or basketball or track. He’s always doing the little things that benefit the team,” Pelan said. “And, we preach a team mentality here. That’s really important to us. It was nice to see Ryan get rewarded for all his work by winning a league and district championship last year, and then placing at state. He works as hard as anyone, and he can look back and say those accomplishments were all him. He was the one that earned that success. He’s just a great individual.”

Espedal has been limited this season due to an injured elbow and the focus is to get him 100-percent healthy before allowing him to go full throttle with the javelin again.

He opened the year the Rainier Ice Breaker Invitational with a throw of 132-3 – a distance that bettered his season-opening throw last year (130-8) – before easing up on the event.

“It’s been frustrating, but I’ll get through it,” Espedal said about the injury. “The goal this year is just to go out there and try my best. I’m not thinking about state placings. I just want to continue to improve every day. If I do that, I will view it as a successful season.” 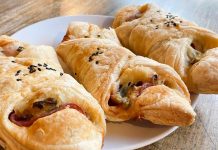