Over a century ago, before the logging boom forever changed the economy of Grays Harbor, thousands flocked to the bluffs of the North Beach. Sold on the region through advertising promising a healthy getaway from the stresses and frantic pace of city life, tourism to Pacific Beach and Moclips flourished.

Staying in swanky hotels just feet from the breaking waves of the mighty Pacific Ocean, visitors to the region were hoping to rejuvenate their mind, body and spirit by breathing the salt air and bathing in the ever-pounding surf. For nearly a decade after the start of the 1900s, Moclips was the place to vacation, thanks to a weather pattern that left the region warm in the summer and mild in the winter. From 1905 until 1913, if you were wealthy from the Pacific Northwest, you’d have visited Moclips. 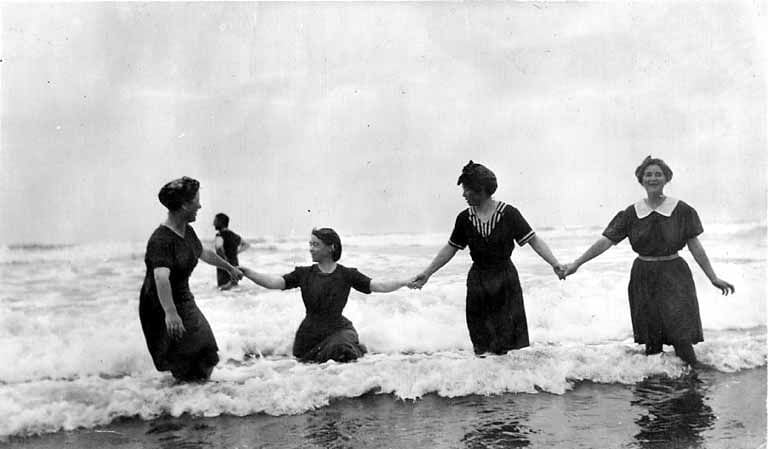 Started as a saw mill and cannery, Pacific Beach quickly transitioned into a tourism destination in 1902. In that year, the Northern Pacific Railway built lines all the way to the coast, linking the region with the rest of the county, the state and the nation. Within three years, the first major hotel was built. The town quickly rose from nothing, with restaurants, hotels and even a theater lining the new city streets. Like most towns along a railroad, the Moclips and Pacific Beach areas saw quick growth and an influx of investors. One of those was Dr. Edward Lycan, one of the first landowners in the area. His goal was to build the grandest hotel of them all, and in 1905, he did just that.

Standing two stories tall with 150 rooms, the grand hotel, named the Moclips Beach Hotel, had a very short life. Within two months of its July opening, it quickly burnt down. Despite the fire, Dr. Lycan was determined to share is love for the region with others. By 1907, he had rebuilt a new hotel, once again called the Moclips Beach Hotel. This time, it would be even more spectacular. The new Moclips Beach Hotel was the crown jewel of the Washington Coast, standing three stories tall and stretching for an entire block in length. Set right on the dunes, just a few dozen feet from the high-tide line, the entire experience was considered to be perfect by the wealthy guests who frequented the area. This version of the Moclips Beach Hotel would last four years, until storms slammed into the tourist town.

In 1911, heavy rains, huge swells, strong winds and a shift in the shoreline doomed the hopes and dreams for tourism in the Moclips and Pacific Beach area. The damage from the series of storms was reported by the Seattle Times to be $40,000 in 1911, which is nearly $1,000,000 today. Toppling the school, numerous building and the ill-fated Moclips Beach Hotel, the storm flooded the Moclips River with a current reported to be 30 miles per hour.

All in all, half of the business in Moclips were destroyed or damaged beyond repair, but the hotel was the most significant and visually impressive. Nearly hanging from the eroded bluffs, the hotel was in shambles, ripped apart into splinters by strong winds and the battering of waves. The storm crushed Dr. Lycan’s dreams and quite possibly his spirit. After the destruction of his hotel, he left the coast to move to Tenino, where he died in 1912. For the next two years, storms ate away at the remaining structure and nearly washed away all memories of the tourist boom town of Moclips.

Today, little remains of the glory of the coast that Dr. Lycan had envisioned. There are displays and information at the Museum of the North Beach and a plaque at Lycan park, located in Moclips at the intersection of Pacific Ave. and 4th Street, but no historic structures. While the story of the Moclips Beach Hotel is a sad one, there is one tourism destination from that time period that is still in use today.

Built in 1906, The Quinault Inn was located on a bluff overlooking the town of Pacific Beach. Sold and renamed “Pacific Beach Hotel,” the hotel continued to operate until the 1940s, when the US Navy and Air Force made Pacific Beach their home. Today, the hotel area is being remodeled and has been a contained destination for service members and their families as part of a Navy Getaway destination. Offering bowling, a market, cafe and gift shop, the hotel still holds on to the spirit of wonder and relaxation that drew so may to the Pacific Beach and Moclips region beach in the early 1900s.

While Moclips and Pacific Beach no longer are a hotbed for tourists looking for the healing powers of the North Beach, nearby is a new community that picks up where Dr. Lycan left off. Known as Seabrook, this new community high above the breaking waves of the Pacific is bring in visitors from around the country. Known for incredible dining, lodging and recreation activities, Seabrook is the newest in a storied history of planned tourist communities all around the North Beach of Grays Harbor. 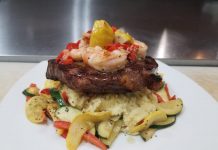