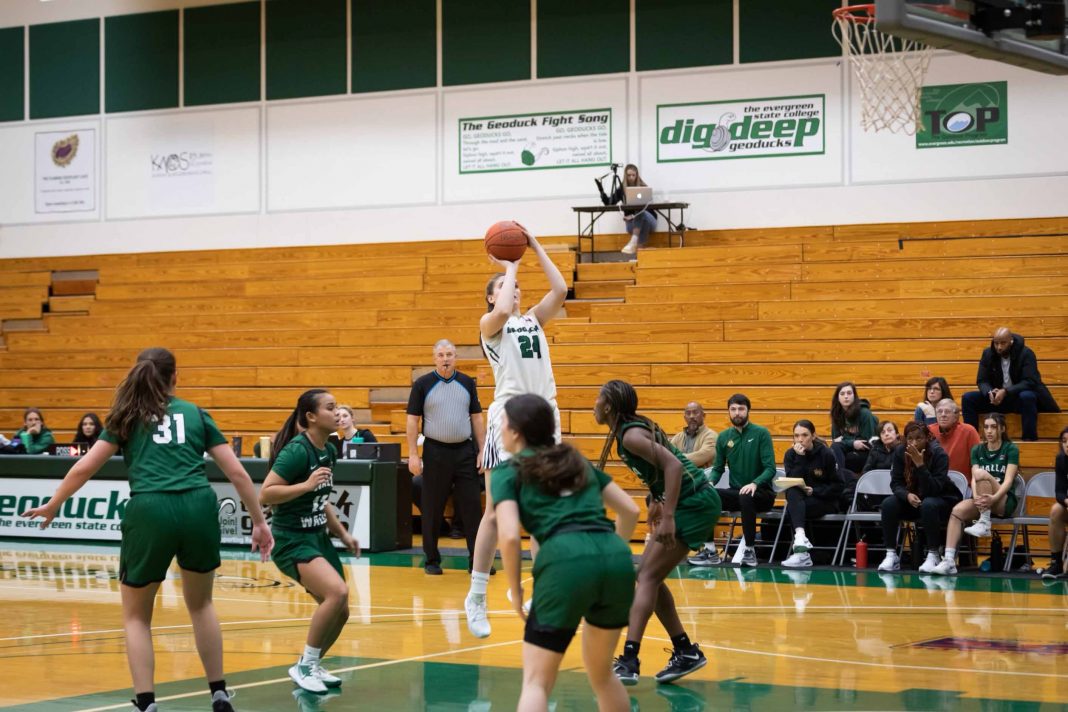 The women’s basketball team at The Evergreen State College is poised to approach each game as an opportunity for competition and community building. After encountering a series of challenges throughout the season, the Evergreen women’s basketball team has persevered, remaining competitive and prepared to finish the season out strong. And as the team has managed injuries and long stretches of road games, players and the coaching staff have banded together to form a resilient and cohesive basketball team.

The Evergreen women’s basketball coach, Jackie Robinson, is a graduate of Evergreen. Robinson is also a former basketball player at the college, having played for two years during his college career. After graduation, Robinson played basketball professionally in Europe.

Robinson says that coaching at Evergreen has been a longtime dream, reaching back to his time as a young athlete. “When I graduated, I went to Europe for three years and played,” says Robinson, “and when I was over there, it was always my vision to come back to Evergreen. Because Evergreen had given so much to me as a youngster when I came from Alabama, that I envisioned giving back to Evergreen, whether it was men’s or women’s basketball.” 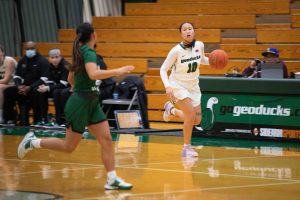 Early in the current season, the women’s basketball team played a series of games against out-of-conference teams, including exhibition games. Exhibition games don’t count toward the team’s final record, but they did serve as friendly competition and an extra practice.

Heading into the holiday season, the women’s basketball team hit the road for a series of away games, playing out of state in Idaho and Oregon. Playing road games can deliver a range of challenges to any team, but for the Evergreen women’s basketball team, these road games were especially difficult, as the team was trying to rebound from injuries.

Robinson says this series of games, although tough, were still important, because they helped the players learn how to adapt to setbacks. As players became injured, the basketball team gained practice in stepping up, competing and recapturing momentum.

And as the process of rebuilding the team continues, Robinson has been impressed with the team’s resiliency and he hopes to guide and support players through a new round of competitive games. And after back-to-back wins against Multnomah University and Warner Pacific University in mid-January, Robinson is confident that the team is on the right track for the remainder of the season. 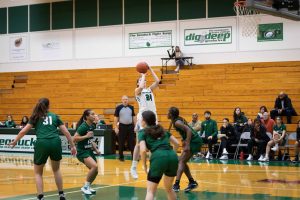 “I feel like we’re coming together right now, at the right moment,” says Robinson.

The women’s basketball team is looking ahead to future games, which includes conference play and opportunities for community building during home games. Robinson says the team will be playing at their highest level at this point in the season, with fast-paced play and a concerted effort to maintain consistency as a team. As a coaching philosophy, Robinson encourages members of the team to focus only on one game at a time, the game that lies ahead.

“We just want to keep improving and controlling what we can control,” explains Robinson. “And so that means just going out and playing one game at a time and playing every game like it’s a playoff game.” 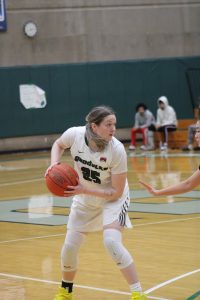 Fostering a Community Through Athletics at the Evergreen State College

Robinson is hoping to further cultivate the basketball community at Evergreen through spirited home games, giving back and mentoring the next generation. This includes potential partnership with local youth sports teams and fostering a friendship with fellow teams and coaches at Evergreen. Robinson built a coach to coach relationship with former Evergreen men’s basketball coach, Tim Malroy and is continuing that tradition with current interim men’s coach Franklin Johnson.

Although the women’s basketball team has faced fierce road games and injuries, they remain competitive for upcoming games. Robinson hopes the team can continue to gain momentum, and cultivate a sense of community both on and off the court. And as the team has built their skillset, Robinson says the team has become an entertaining group to watch during game time.

“We’re a fun brand of basketball to watch,” says Robinson. “We have a couple local talented players, plus a couple of kids from out of state and within the state, but we’re definitely an up-and-coming group.”