The Dukes of Swing, a jazz big band, are part of Grays Harbor’s long standing musical tradition. It is hard to believe that they have been playing and performing continuously since 1948. Sponsored by the Aberdeen Elks, their impressive resume includes eleven national Elks conventions as well as opening acts for Manhattan Transfer, the Four Tops and Big Bad Voodoo Daddy.

However, the Dukes consider themselves mainly a dance band. Here on the Harbor, they are known for the monthly Aberdeen Elks dinner dance which is open to the general public.

The history of the Dukes of Swing goes back to 1912 and the birth of the first Aberdeen Elks orchestra. After World War II, the orchestra became a marching band named ‘The Elks Band.’ By 1948, the group had grown to the incredible size of 60 members. Many talented musicians came from local high school bands. Dukes of Swing director David McCrary remembers his time as band director at Elma High School during the late 1970s and early 1980s when 60 of the school’s 240 students played in the band and 45 sang in the choir.

In 1952, Don McCaw took over as the first director of the modern Elks Band. During his 25 years of his leadership, the former marching band developed into a modern jazz band with a growing reputation. In 1973, the Aberdeen Elks Band was designated as National Elks Band and travelled to national Elks conventions in Chicago, St. Louis, New Orleans and other big cities.

McCaw was succeeded by his former student, Craig Wellington, who led the band for another 25 years. In 1980, the band received its new name, ‘Dukes of Swing’, partly in honor of Duke Ellington whose music forms part of the band’s repertoire. “Besides, it is a tradition among jazz musicians to give titles of royalty to their greatest stars,” says former director Robert Neisinger. “There was King Louis Armstrong and Empress Bessie Smith, and then, of course, there is Duke Ellington himself.”

Today the Dukes of Swing play 1940s and contemporary swing. Classics include “Moten Swing” and “Singing in the Rain.” Music by today’s big band composers include “I Thought About You” and “Prelude To Kiss” featuring Kory Kennedy on baritone saxophone.

It is not easy to maintain an amateur band in Grays Harbor.  Playing jazz music requires great skill and dedication. Jazz musicians need to play frequently to keep their skills strong. McCrary and Neisinger both play in other groups beside the Dukes of Swing.

Half of the present 20 members come from Olympia. They have day jobs and families. Travelling to Aberdeen for the two-hour Wednesday night rehearsals calls for true commitment. McCrary transports five musicians, their bulky instruments and their thick music books in his vehicle from Olympia for Wednesday night rehearsals. A trumpet playing attorney comes straight from Tacoma and eats his dinner in the car. In addition to rehearsals, the Dukes’ members perform at two to four hour dances and concerts.

Band members typically stay for many years. Tenor saxophone Bernie Edwards joined in 1948 and played until he passed away in 2016 at age 98. Norman Fossburg was playing trumpet with the Hoquiam High School Band when he began playing with the Dukes of Swing. He could not join officially before he turned 21, in 1958. He has been with the band for over 60 years.

Former director Robert Neisinger was born in Snohomish. He moved to Grays Harbor in 1967 to work as high school band director in Raymond. He has been with the Dukes for fifty years. After the death of Craig Wellington in 2006, Neisinger stepped in as director but was happy when David McCrary took over in 2010. Neisinger prefers playing drums and singing to leading the band.

Current director David McCrary lives in Olympia. Originally from Bremerton, McCrary taught middle school and high school band in Kent and later in Elma. He has been a professional trumpet and brass player and composer for fifty years.

McCrary is planning to direct the Dukes as long as he can. He believes that the band plays an important part in the culture of Grays Harbor. The future of the Dukes of Swing assures a place to perform for future generations of jazz musicians as well. An example is pianist and vocalist Tiffany Maki, the youngest member of the Dukes of Swing. She is also directing the Community Concert Band at Grays Harbor College.

If you like to swing, attend the monthly dinner dance at the Aberdeen Elks, 1712 Boone Street, Aberdeen, held the last Thursday of each month, from 7:00 p.m. to 9:00 p.m. Follow the Dukes of Swing on Facebook as well for up to date performance information. Contact David McCrary at 360-259-0534, mccrarydavid@hotmail.com for more details. 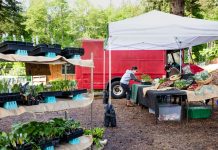 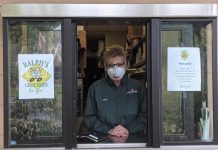 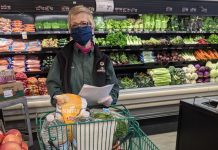