Very few things in life are worth it to me to set the alarm for 5:00 a.m., especially on a Monday morning. Guzzling down coffee, I greeted Dan Varland of Coastal Raptors in the pouring rain and wondered what on earth I was doing up this early. But by 7:00 a.m., Varland was driving me and two other Coastal Raptor volunteers up and down the beaches of Ocean Shores and the perspective began to change.

At a certain point I realized we had just passed not one, not two, but six Bald Eagles. And more were still ahead to discover.

Dan Varland’s passion for raptors (more familiarly known as birds of prey) is longstanding. Finishing his PhD with emphasis on the American Kestrel, Varland began working for Rayonier, Inc. as Wildlife Biologist in 1993. Because of Varland’s passion and interest in raptors, he was already familiar with coastal raptors in the Northwest.

Within the first year of moving to Washington, Varland began his research on coastal raptors with a focus on the Peregrine Falcon. For nearly 15 years, Varland’s research was largely funded by Rayonier. In 2009, Varland lost not only his funding, but also his job with Rayonier due to the economic collapse. Varland’s outlook can be summed up with the following quote, “When there is no wind, row.” And row his boat he has.

Despite the loss of funding, Varland headed off to turn his research project into a non-profit organization, Coastal Raptors: Research, Education, and Conservation. As with my visit, Varland makes an average weekly trip to the coast where he observes and documents the number of raptors, age of the birds, environment, weather, wind-speed, and other factors.

Most days Varland goes out not just with the intent to observe, but also to capture. The focus primarily on Peregrine Falcons, Varland will catch, band, and collect blood and feather samples from captured birds before releasing them back to the wild. As of the February 17 date of my survey with Varland, Coastal Raptors had captured and banded 173 Peregrine Falcons.

According to Varland, “The ultimate value of the research for society is in the collection of accurate data for decision making and wildlife management.  Research on top-level predators helps keep tabs on the coastal ecosystem – if the predators are suffering from pollution, it may be possible to follow that pollution down the food chain. As a result,  the research has benefits beyond those to  the raptors we study.”

This kind of information is a huge help to wildlife and society in general, but with limited grants and constant budget cuts, continuing to survey, collect and analyze samples can be difficult. “We gear the project to the level of funding we have, and funding levels have been modest over the years. The lack of high-level funding year-to-year is not a deal breaker. We are able to come out and operate at a lower level than we would if we had full funding in an ideal setting,” Varland says. His determination ensures the project succeeds, but there is a rise in excitement when funding allows for additional analyzing of samples or the purchase of needed equipment.

Underlying his research and contributions to the wildlife community is Varland’s love of the birds. “I just am fascinated by the birds…their beauty, what they do, the new things you learn.  You think you’ve learned it all until something tells you otherwise. And I like handling the birds. But that’s just the tip of the iceberg, that’s five percent of your time. If you’re doing your job right, most of your time is in the office. Analyzing and organizing the data, finding funding for the project, obtaining volunteers for your project, etc.”

Yet this 5 percent is enough to keep Varland going despite the 95 percent office work. Enough in fact, to get him excited about little pieces of new information discovered while out in the field. Enough to answer dozens of questions from me and be interested in all twelve of the Bald Eagles we stumbled upon that Monday.

Thanks to researchers like Dan Varland, those Bald Eagles are no longer a threatened species. They are thriving in places like our very own Ocean Shores – so keep an eye out the next time you visit the beach. There’s no telling what you haven’t seen yet! 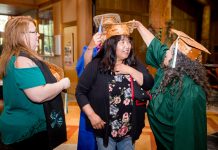 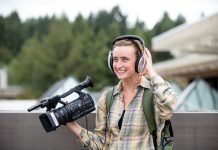 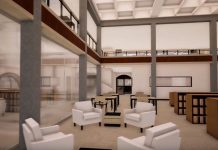