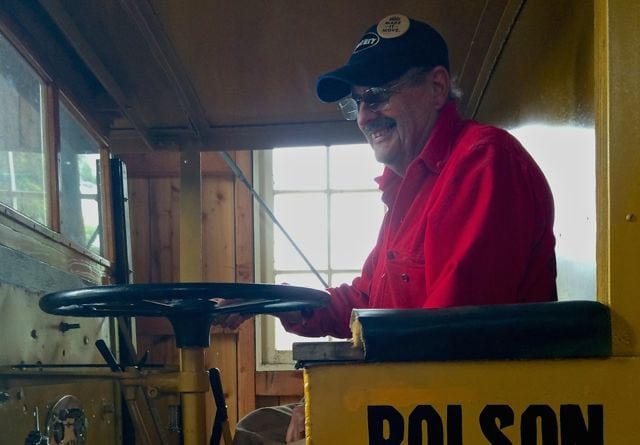 On June 10, 2014, the Railroad Camp building at the Polson Museum in Hoquaim filled with smoke. Pouring out the doors and even the cupolas at the top of the cedar flanked structure, the smoke wasn’t from a destructive fire to the historic building; instead the smoke was from the first gasps of life of an engine that hadn’t been started in over thirty years. As the haze cleared in the building, the sights and sounds of a 1933 Linn Halftrack were seen and heard in Hoquaim for the first time in over a generation.

For six months, Larry Wyrick and Lee Thomasson of Grays Harbor worked to rebuild a piece of logging history. Each Tuesday, the two would get together in the Railroad Camp building at Polson Museum, systematically cleaning and rebuilding the engine to one of the logging industry’s more iconic machines.

The duo was rebuilding a 1933 Linn Halftrack, which had played a key role in the timber industry of Grays Harbor. Helping to build the railroads that took huge trees off the hills along the Humptulips to be processed in the mills of Aberdeen and Hoquiam, the Halftrack also was a common sight in parades in town up until the 1970s, when it stopped working.

For years, the machine sat, eventually leaving the confines of a storage building to sit alone in the rain, taking a beating from our damp winters. Much like the timber industry in the region, things weren’t looking good for the Linn Halftrack. Both the timber industry and the Halftrack had seen better days, each now just a shell of their original glorious self.

The Linn Halftrack was used by the Polson Logging Company for making the railroad grade, as well as used to refill logging equipment in remote camps. It could reach a maximum speed of seven miles an hour, forward and backwards, but it was hardly fuel efficient, getting just one mile to the gallon. Mostly operated at Polson Logging Camp Three, located above the East Fork of Humptulips near Parker Creek, the Linn Halftrack worked with numerous men out in the wilderness, each trying to bring a sense of pride to the timber community of Grays Harbor.

Larry Wyrick’s father had been the carpenter for Camp Three, with Larry working in the camp as a teen and young adult. Recalling life in the camp, Larry told me that while he worked in the logging industry, he didn’t much enjoy working in the woods.

He recalled one instance where danger nearly took his life. As he sat on one of the machines in camp, a storm rolled in and a tall snag 50 feet away was hit by lightning. As the shards of wood flew all around, Larry recalled seeing loggers diving under the Halftrack, each hoping that the huge machine would save them from falling logs. Nobody was injured that day, but all were covered in wood chips from the shattered tree.

Lee Thomasson, like most locals at the time, also worked in the logging camps. Like Larry, danger took him away from the industry. “I spent one summer logging with uncles at the age of 16,” Lee told me,  “I came close to getting hurt numerous times and decided I didn’t want to do it anymore.”

Before the Polson Logging Company bought the Halftrack, it was originally used to build the Grand Coulee Dam and is thought to be one of the last remaining pieces of equipment that helped build the giant concrete dam on the Columbia River.

There still is quite a bit of work to be done on the 1933 Linn Halftrack. So far, they have rebuilt the gas tank, painted it to look new and will soon be adding mirrors to make it easier to drive. The cab has a new dash plaque, as well as new gauges and new seats, and will soon be seen in a parade or two in town.

For now, the newly restored Linn Halftrack is sitting in the Railroad Camp Building at the Polson Museum, waiting to be seen by a whole new generation of Grays Harbor residents looking to connect with the past of our once-bustling and vibrant town. The Linn Halftrack represents our region, our history and our shared culture. As the engine started to hum for the first time, one could feel the slow and steady revitalization of the spirit of our community.

On June 10, Larry and Lee were working hard to get the Linn Halftrack started. Lee recalls seeing Larry extremely focused on the job.

“Larry looked like a physician delivering a royal baby,” Lee laughed, “He was super concentrated, his hands delicately working on it.”

After a few coughs and spurts, the engine soon started up, blowing off Larry’s hat in the process. As smiles filled the smokey building, Larry Wyrick, with the help of Lee Thomasson, brought back to life a machine that at one time represented the livelihood of Grays Harbor. Now, thanks to the Polson Museum and these two volunteers, Grays Harbor has yet another relic of the good old days, rebuilt like new for the next quarter century to enjoy.

Watch a video of the Halftrack being started here: http://youtu.be/Bbrl0mDzP9s 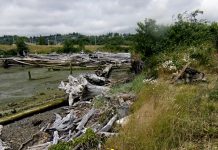 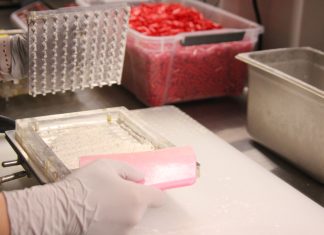