Living in Grays Harbor County, we are used to inclement weather. When it rains, we expect it to rain at least an inch, falling sideways from wind. When storms come rolling into our towns, we laugh if the power only flickers or goes out for just a few hours.

Out here, we are hearty souls, used to strong gusts and heavy downpours and it has always been that way. Since the region was first inhabited, huge storms have wreaked havoc on lands and dwellings. While ancient storms were not written down, dozens of strong storms have hit the area in recorded history. Five of the strongest, and most unique storms can be found below.

The Great Coastal Gale of 2007

We start with one of the storms from recent memory. While there have been many memorable storms in the past few decades, the storm called The Great Coastal Gale of 2007 was one for the record books. From December 1-3, Aberdeen received over three inches of rain, with 2.6 inches falling on December 2. While the rainfall totals are high, they weren’t why this storm was so memorable. In Hoquaim, gusts of 81 miles-per-hour winds blasted through, while the coast saw wind gusts up to nearly 100 miles-per-hour. With the winds came the power outages. Nearly all of Pacific and Grays Harbor lost power for days. In this storm, two Grays Harbor residents passed away. It’s considered to be the strongest storm in 45 years, and many of us who were in the region during that time can still recall hearing the wind gusts slam against our homes.

The Columbus Day Storm of 1962

The older generations will remember the fury and force of The Columbus Day Storm of 1962. All across the Pacific Northwest, strong winds whipped off the breaking waves of the Pacific and took down trees. This storm is considered by most to be the greatest windstorm to hit the Northwest since weather records started in 19th century, earning the nickname “the mother of all wind storms.” During the height of the storm, Hoquiam had wind gusts over 80 miles-per-hour, as well as receiving roughly an inch and a half of rain. For Grays Harbor residents, the storm had a lasting impact. In less than 12 hours, an estimated 15 billion board feet of timber was blown down in northern California, Oregon and Washington combined, exceeding the annual timber harvest for Oregon and Washington at the time. This amount is also more than three times the amount of timber downed by the 1980 eruption of Mt. St. Helens and enough timber to replace every home in the state. The loss of life was also staggering during this storm, killing 46 people from California to British Columbia, including 7 in Washington State.

The Freezing Storm of 1950 is an honorable mention, mainly for the unique aspect in which it impacted Grays Harbor. While the other storms brought wind and rain, this storm brought extremely cold weather. It was the end of January in 1950 when the cold air settled over the region, eventually leading to two memorable events. On February 1, the cold air was too much, causing the main waterline in Aberdeen to snap. The next day, the Wishkah River froze over in town. While the region saw a fantastic snowstorm that turned the waves of the harbor into slush during the winter of 1992-93, it doesn’t compare to this remarkable cold streak in 1950.

Finally, we take a look back to a storm that hit the region on December 18, 1933. Blasting six inches of rain over 24 hours sideways through occasionally gusts over 80 miles per hour, this storm must’ve been incredible to see in person. During and after the storm, creeks and rivers, swollen from the deluge of water, met a high tide of 15.8 feet at the river mouths and in the harbor. The waters converged, sending water everywhere. Just like the storm of January, 2015, roads and homes flooded along the lower lying areas. In 1933, residents didn’t let the flooding stop them from their day to day activities. Instead of staying indoors, they took boats out on streets, waded down the road in hip waders and posed for pictures in the flooded roads. Just like in storms today, the citizens of Grays Harbor made the best out of a bad situation.

We’d be remise if we failed to mention the great storm of February 11-13, which washed away the huge resort in the town of Moclips. Heavy rains, huge swells, strong winds and a shift in the shoreline doomed the hopes and dreams for tourism in the Moclips and Pacific Beach area. The damage from the series of storms was reported by the Seattle Times to be $40,000 in 1911, which is nearly $1,000,000 today. Toppling the school, numerous building and the ill-fated Moclips Beach Hotel, the storm flooded the Moclips River with a current reported to be 30 miles-per-hour.

While these five storms were quite memorable and historic, many more storms have assaulted Grays Harbor. The wind and rain may knock out power for days on end and down trees, but many of us find ourselves missing that weather during warm summer days. Inclement weather is in Grays Harbor resident’s DNA and remembering storms of the past will only get us ready for whatever the future has in store.

Did we miss a noteworthy storm? Tell us at submit@graysharbortalk.com and we may include it in our next series. 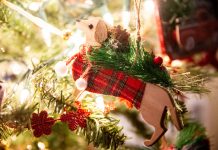 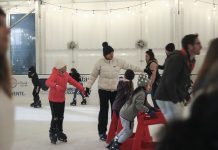