Submitted by The Evergreen State College

Louie Gasper was 13 years old walking past a center for foster youth in Napa, California when a group of kids with McDonald’s invited him to their table. Like Louie, they were all foster children. He’d had some rough experiences growing up, moving from group home to group home, knowing that he had little chance of being adopted at this age. He’d never been to a local chapter meeting of foster youth before, and he only joined this one because he was hungry.

Fast forward one year. With the help of the chapter, Louie started getting involved with local policy groups, joining a legislative committee and facilitating meetings at national conferences related to child welfare. He’d found something powerful he could sink his energy into while building skills that few others his age possessed. But despite all his work as a youth policy advocate on a big stage, his grades through high school weren’t stellar. He wanted to go to college, but got no encouragement that he’d get in. Even his high school counselor had doubts.

So he did his own research and discovered The Evergreen State College in Olympia, Washington, a place that broke the mold and would accept him for who he was, not just look at his GPA. His foster mom drove him up for a visit where he toured the forested campus, learned about the interdisciplinary curriculum and the kind of freedom he’d have to pursue his interests.

Louie spent his first two years at Evergreen Olympia-bound, taking full-time programs and getting involved with KAOS Radio. When he told his faculty that he wanted to move to Washington, D.C. for an internship in his junior year, he says they encouraged him to do what he felt was right for his career and life.

Today, it wouldn’t be a stretch to call Louie a rising star in the world of political media. In the past two years at Evergreen, he’s held internships at the likes of NBC’s “Meet the Press,” C-SPAN, the Independent Journal Review and other media outlets—all incredibly competitive organizations. He’s even traveled abroad to work as a contributing writer for The Yucatan Times in Mexico.

At the Independent Journal Review, Louie wrote countless articles at the lightning speed required in the industry. At NBC’s “Meet the Press,” he prepared in-depth research for host Chuck Todd on the show’s guests—governors, senators and presidential cabinet members among them. There are too many other notable entries on his resume to name, and he’s still working on-and-off as a consultant for state and federal organizations to promote child welfare policies to benefit foster children.

Louie says the academic freedom Evergreen allows helped him seize opportunities he wouldn’t have had at a more traditional college. Through individual learning contracts (ILCs) and partnering with other organizations, Louie is forging his own path and building a career in what he calls the “nucleus of politics and media.”

“I think I would have been a good student at a normal college,” he says, “but all I would leave with is good GPA without much on my resume.”

This summer, he’s putting his experience to use working with a startup company to develop an app for foster youth. The app will help them connect with resources like a library of independent living resources, a social network for current and former foster youth and one-one-one support for things like resume-building and job opportunities.

Louie is looking to finish his degree this fall. He’s constantly doing competitive, lengthy interview processes for new positions and looking for the next big opportunity. If it weren’t for Evergreen, Louie says, he wouldn’t have had half the opportunities he’s had in the past couple years.

“Because I knew I was gaining credit, I could make these internships my professional and academic focus at the same time,” he says.

At Evergreen, Louie was able to find opportunities that built on his life experiences and propelled him forward. But you don’t have to be a political media genius to take advantage of that kind of academic freedom. Whatever career you have in mind, you can find a way at Evergreen.

Check out The Evergreen State College website to learn how. 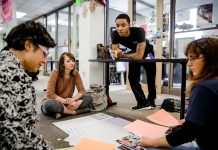 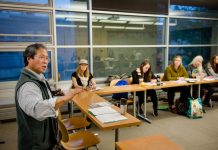 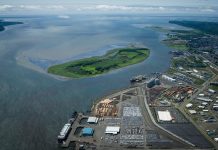 Take a ride on the Simpson Railroad around the 2.25mile loop on of our historic speeder or newly added trailer car. Each ride includes a stop at Santa’s work shop. There you can sit next[...]
1:00 pm Saturday Matinee @ McCleary Timberland Library
Saturday Matinee @ McCleary Timberland Library
Dec 5 @ 1:00 pm – 3:00 pm
Join us each Saturday for movies at the library on the big screen. Bring a comfy pillow and bottled water. Popcorn will be provided. Call or stop in for this month’s titles. For all ages.
Dec
6
Sun
11:00 am Simpson Santa Special @ Simpson railroad
Simpson Santa Special @ Simpson railroad
Dec 6 @ 11:00 am – 4:00 pm

Take a ride on the Simpson Railroad around the 2.25mile loop on of our historic speeder or newly added trailer car. Each ride includes a stop at Santa’s work shop. There you can sit next[...]
Dec
9
Wed
10:30 am Family Storytime @ Elma Timberland Regional Library
Family Storytime @ Elma Timberland Regional Library
Dec 9 @ 10:30 am – 11:00 am
This engaging program includes rich stories, rhymes, songs, and movement games for the whole family! All ages welcome. Children must be accompanied by a participating adult.
View Calendar 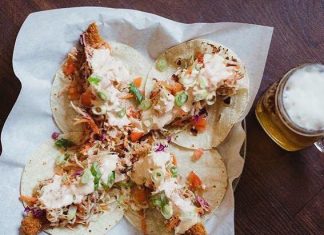 Whether you’re in a pinch for a quick lunch, starving after a long hike, or just craving something quick and simple, takeout is always...