Efforts to restore the historic Olympic Stadium in Hoquiam recently took another step toward the end goal of a fully refurnished venue after a grant was awarded to the City of Hoquiam. The $900,000 community development block grant will accompany earlier grants aimed to restore the stadium to its almost 100-year-old grandeur.

The Olympic Stadium was constructed in 1938 after one of the most well-known logging capitals in the world had a vision for an all-wood stadium. After an over eight-year plan was set in motion to construct the massive venue, funded through President Franklin Delano Roosevelt’s New Deal WPA Works Progress Administration, it officially opened in November of that year, instantly becoming a beacon of community pride.

Construction of the Olympic Stadium consisted of local old growth fir harvested from the surrounding sprawling land. The shape of the venue was carefully planned out to protect those inside as the L shape of the building is enclosed on the western side where harsh winds from the ocean often blow in and batter the city. Another careful planning strategy was to include enough space for both baseball and football games. At the time the stadium had a capacity of over 10,000, which would have housed nearly the entire population of Hoquiam.

Over the years many historical events have graced the stadium positioned near Myrtle Street that connects the rival cities, Aberdeen and Hoquiam. With a designation from the National Register of Historic Places, the Olympic Stadium continues to play an important role in celebrating Grays Harbor’s many events and festivals including the always popular, Logger’s Playday and the state’s oldest high school rivalry football game between Aberdeen and Hoquiam. This game is especially important to the stadium as it marked the first event held back in 1938. History tells a story that the game was of such importance to the community that construction crews realized the project may not be completed in time for game night and hired a night crew to help lend an extra hand to complete the project in time.

Other notable events have included a presidential rally as well as being home to many professional baseball leagues and teams. One of the teams included the Northwest League’s Grays Harbor Loggers in the 1970s that was honored to help fulfill actor and comedian, Bill Murray’s fantasy of playing in a game.

With all of the history that has graced the Olympic Stadium, it’s still considered one of the largest and best-preserved all-wooden structures of its type anywhere in the world. With this duty to upkeep of the stadium in mind, the City first began the critical repair work after receiving a $5,000 grant from the Grays Harbor Community Foundation in 2017. A few years later in 2019, $515,000 funded by the state capital budget was accepted to help keep the traditional venue running for many more generations to enjoy. The work, started in the summer of 2020, included repairing the front entryway, replacing the aging fire suppression system, and making structural repairs.

The latest grant funds of $900,000 originates at the federal level and gets passed through to the state Department of Commerce who administers the grant. Once received, these funds will be used to take on structural grandstand repairs, safety repairs, replacement of structural beams and siding, and painting to preserve the overall facility.

City administrator, Brian Shay created a priority list for the stadium that cites the priorities as being the replacement of the sprinkler system below the grandstands, replacement of the front entry canopy, and work on an end wall of the stadium. Shay’s complete list of 37 prioritized improvements also includes replacement of wood ramps, adding an ADA accessible restroom, new PA speakers, replacement of kitchen equipment, field lighting improvements, and a number of other items. The estimated total project costs total approximately $4.7 million, although that doesn’t include another $3 million needed in seismic retrofits or $3 million to potentially install field turf that holds up better in inclement weather and extends the yearly usage of the venue. With these additional funds in mind, the goal is to use the recently acquired grant as a launching point to seek private donations and raise an overall $10 million to ensure that the facility is a world class venue for sports, entertainment, and community users well into the future.

Hoquiam is proud to take ownership of one of the most unique and beautiful stadiums in America and upkeep the venue that was built in support of all things community based. With the City of Hoquiam receiving a $45,000 Commerce grant in 2020 that will be used to create a study on downtown revitalization and continued repairs, the future is bright for the Olympic Stadium, the city, and all who cherish them. 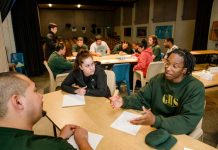 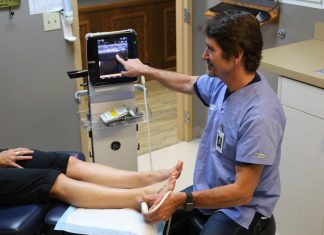 In the Pacific Northwest, winter arrives in many forms, whether on a snowcapped mountain top, or a misty overcast. No matter the forecast, though,...

US 12 Heron Street Bridge in Aberdeen Reduced to a Single...