Perched on the hip of the Olympic Peninsula, the historic Lake Quinault Lodge is famous for stunning vistas, soaring evergreens, and its verdant rain forest setting. The lodge is also known for special events like its annual Quinault Mushroom Festival. Set for October 21 – 23, this year’s festival is brimming with a wide variety of taste and instructive opportunities for fungi fanatics and anyone who wants to savor the unique world of flavorful fungi.

“The Quinault Mushroom Festival is in its 14th year,” says Sandra Miller, Activities Manager for the lodge.

This year’s festival will serve up are a variety of indoor and outdoor events as well as educational opportunities. Explains Miller, “We have field trips, big mushroom displays to view and the possibility of picking mushrooms. Mushroom guides determine where people will go to pick mushrooms according to where the mushrooms are. We have sign up sheets available so people can sign up for a field trip in advance.”

“People come because they’re mushroom enthusiasts. They’re primarily from the Pacific Northwest,” says Miller who expects the largest crowd on Saturday, October 22. While some visitors come just for the day, others make a weekend out of it, enjoying mushroom talks, displays, and guided field trips hunting for elusive chanterelles. Enthusiasts who stay through Sunday get an added bonus. Says Miller, “The lodge chef does a cooking demonstration on Sunday as part of the event.”

An important part of the ecosystem in and around Olympic National Park, mushrooms are the reproductive structures or fruit of certain fungi. According to the Washington National Park Fund, mushrooms and truffles are important wildlife food consumed by deer, elk, bear, small mammals and mollusks.

But of course, the highlight of the festival weekend is learning about and taste-testing ‘shroom-centric cuisine as well as cooking demonstrations from fungi experts like Lodge Executive Chef Justin Kronen. Kronen’s best tip for cooking with mushrooms is, “Don’t boil them. Always use medium to high heat. Cooking on high sears the mushroom and gets it crisp. As you cook, it releases flavor. If you cook mushrooms on low, they just get boiled. They taste canned and gummy.”

Originally from Pittsburgh, Pennsylvania, Kronen is in his third year as Executive Chef at the lodge. As far as favorite mushroom dishes go, he says risotto is “one of the best mushroom things. You get the best flavor out of it, and you can use all types of mushrooms (in the dish).”

Kronen uses a variety of mushrooms depending on the dish and the desired flavor. “We use regular button mushrooms, baby portabellas, oyster mushrooms, shiitakes and chanterelles.”

The main difference between mushrooms is taste and flavor. Explains Kronen, “The oyster mushroom has a unique flavor. It’s a pungent vinegar flavor. It pairs well with certain things.” If you’re looking for a more subtle flavor, the chef suggests using button mushrooms. “They’re the most mellow,” he says, “and pair well with almost any dish.”

Other members of the mushroom family are a little trickier. For example, the bright red lobster mushroom can be sliced and grilled and served as a stand-alone course. But a lobster mushrooms isn’t necessarily a great choice if you’re looking to pair it with another dish. “It will overpower other ingredients,” Kronen explains.

Kronen adds that the best part of the Quinault Mushroom Festival is “meeting all the new people and learning new things about mushrooms.” He also enjoys gaining new experience in cooking with mushrooms. “The festival is a good thing for the lodge. We get a lot of people out here for the event.”

The Quinault Mushroom Festival at Lake Quinault is set for October 21 through October 23. Festival admission is $75 for adults. Tickets include a Friday evening wine and cheese social, speakers, Saturday guided field trip, door prizes, mushroom cooking and tasting, mushroom identification, cooking demonstrations and a Sunday lunch buffet. A Friday night presentation by Dr. Steven Trudell, An Ecological Look at Some Northwest Edible and Poisonous Mushrooms, is also on the calendar.

Additional classes include identifying mushrooms, introduction to mushroom collecting, mushroom farming, learning mushrooms, growing mushrooms at home, and fascinating features of fungal fruition. Lodging is not included in the ticket price. A Saturday-only option is available for $50 including festival admission, Saturday class time and field trip. You can register through the lodge or at the National Park Fund’s website.

Saturday and Sunday mornings start in the lodge’s Roosevelt Dining Room offering a breakfast buffet featuring mushroom specials. $18 for adults and $10 for those age 11 and under (plus tax). 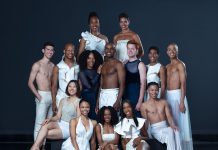 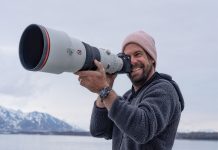